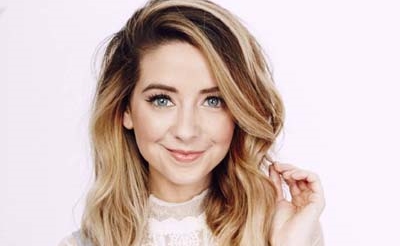 Zoe Elizabeth Sugg or simply Zoella is an English vlogger, entrepreneur, and author. An internet personality with millions of followers, the proprietor of her own beauty brand, and the author of three best-selling books. Zoella was penned to be worth (£4.7million) $5.8 million in October 2019, making her the highest-paid female social-media influencer under 30 in England that year.

Given that her popularity has only grown, it is estimated that her net worth in 2020 is even higher.

In this article, we breakdown the salary and the wealth of Zoella:

Zoella has been many things in her life: blogger, vlogger, YouTuber, entrepreneur, author; and the fact that she is a veritable millionaire is a testament to her success in everything she attempts.

Zoe started as an intern at an interior design firm before starting a beauty and lifestyle blog in February 2009 under the name “Zoella”.

The blog started accruing a steady following over the course of many years but as her internet presence grew, the views on her blog also skyrocketed.

Zoe went from writing about her life to playing it out on camera. She ventured into the realms of YouTube in 2009 and not only started talking about fashion trends but started video blogging (vlogging) about her life.

Through a combination of smarts, beauty, and dedication, Zoella became one of the most influential internet personalities in the UK.

As of yet, Zoella has over 11.3 million subscribers on her beauty channel and 4.82 million on her vlogging channel. She also has 9.3 million followers on her primary Instagram account.

In September 2014, capitalizing on her growing influence on the internet, Zoella launched a range of beauty products called Zoella Beauty. She also took over ownership of ZS Beauty Ltd., a UK-based perfume and cosmetics wholesale retailer in 2016.

In September later that year, she also collaborated with the UK-based beauty and healthcare chain, Boots, to launch her line of homeware products — which has since been distributed by many national retail chains since. The line was discontinued in 2020, but not before earning her a reported £3.8 million ($4.7 million) by the end of 2019.

Zoella has also authored three books to date. Her debut novel, Girl Online, dropped on November 25, 2014, and sold 78,109 copies — setting the record for the fastest first-week sales of a book by a debut author.

The seven-bedroom-four-bathroom mansion has five reception rooms. The house is vibrant and airy with glass ceilings and French doors. The bathroom also features a majestic copper bathtub. The outdoors is a sprawling landscape with lush vegetation and open spaces.

Zoe Elizabeth Sugg was born on March 28, 1990, in Lacock, Wiltshire, England. The 30-year-old attended The Corsham School and Arts College in Wiltshire where she completed her A-Levels in art, photography, and textiles.

Due to a combination of indecisiveness about her career and anxiety disorder, Zoella never enrolled in a university — instead opting to build a brand and an empire.

Zoe is the older sister of singer, actor, author, and YouTuber Joe Sugg. Born on September 8, 1991, the 28-year-old is most known under his YouTube pseudonym, ThatcherJoe, which currently has nearly 8 million subscribers.

Sugg has also been on television, most notably as a contestant in game shows like Release the Hounds and reality shows like Strictly Come Dancing.

Who is Zoella Dating?

Zoella has been in a long-term relationship with fellow English vlogger, Alfie Deyes.

They started dating in October 2012 after having met up at Deyes’ meet-and-greet. Zoella came out with their relationship in a blog post on her personal blog in August 2013.

They have been together ever since and are currently living together in Brighton, East Sussex, England.