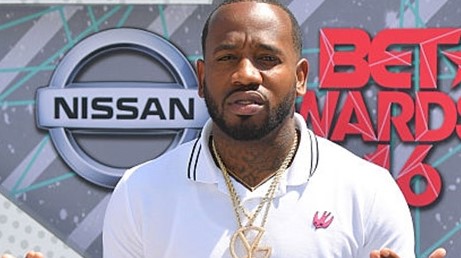 Young Greatness, born Theodore Joseph Jones was an American rapper who died at the age of 34 after being fatally shot in 2018. Turned professional in 2012, the late rapper gained wide recognition from his single Moolah– it peaked #85 in Billboard Hot 100.

Throughout his music career until 2018, Young released 7 mixtapes; the lastly released was Bloody Summer in 2017.

Young Greatness’ Net Worth At The Time Of Death

Influenced by rappers Juvenile, Jay-Z and Biggie Smalls, the New Orleans, Louisiana-born rapper began his professional career in 2012 through the mixtape Rich & Famous.

His breakthrough came in 2014, after the release of Dollar For Hate that won him NOLA Hip Hop Award & then saw the career peak through the 2015 single Moolah of the mixtape I Tried To Tell Em (2015).

Mixtapes Released Throughout His Career

Raised in Houston, Young Greatness until his death in 2018, recorded releases of 7 mixtapes; from the debut mixtape Rich & Famous (2012) to the most recent (the very last) 2017 mixtape Bloody Summer.

With early success from the debut release, the now-late rapper grabbed the attention of rappers like Bun B and Mike Jones, which earned him a record deal in 2015 with Quality Control Music and Motown.

Through, the label, rapper Young Greatness released 4th mixtape I Tried To Tell Em, on July 24, 2015, which consisted of his career-hit single Moolah.

Died At 34: Was Fatally Shot

On the morning of October 29, 2018, Young Greatness was shot outside a Waffle House restaurant in New Orleans, at approximately 1:35 AM.

The law enforcement announced him dead at the scene; he was then 34 years old.  The incident took place 4 months after the death of XXXTentacion and Jimmy Wopo, both died due to fatal gun-shot in June 2018.

In January 2019, a 38-year-old man named Donald Reaux was arrested on the charge of his involvement in the gun-shot incident that took away Young Greatness aka Theodore Jones.

Short-Bio: When Was Young Born & Where Did He Live?

Young Greatness was born on September 19, 1984, in New Orleans, Louisiana, the USA. His birth name was Theodore Joseph Jones III.

After Hurricane Katrina in 2017, he moved to Houston & reportedly had lost nearly all of the possession in the devastating disaster. Sources report, the hurricane cost $125 billion in damages to the State.

Jones aka Young Greatness was an American & was of black ethnicity.

Regarding his relationship status or dating story, he always remained low-key.