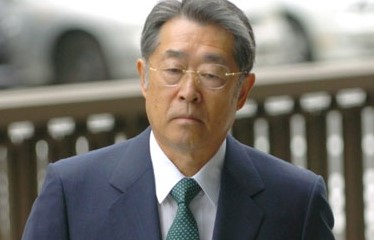 Yoshiaki Tsutsumi is a disgraced Japanese business magnate and former billionaire who once held the distinction of being the richest man in the world.    Those days are long since passed and after a series of scandals rocked the businessman, his stock has greatly devalued — not to mention the fact that he is a convicted felon.

Even the most optimistic reports estimate his net worth at a measly $500 million (as reported by celebritynetworth.com).

The Rise And Fall Of Yoshiaki Tsutsumi: How He Went From Being The Richest Man In The World To A Disgraced Felon

Yoshiaki inherited control of the Seibu Corporation when his father passed away in 1964. The Seibu Corporation is a group of companies that controlled Japan’s largest privately-owned railway system, multiple real estate businesses, hotels, amusement parks, resorts, golf courses, and sports teams, among others.

The company held so much sway over Japan at the time that it shaped the political climate and influenced law enforcement.

When Yoshiaki seized control of the company, he sought to proliferate his father’s business to unforeseen heights. At the height of his reign, Seibu companies controlled one-sixth of all the land in Japan. Coupled with record-high real-estate cost, Yoshiaki’s net worth amounted to $16 billion (unadjusted for inflation), and he topped the Forbes‘ richest persons’ list for four consecutive years: 1987 to 1990.

His success only galvanized him further, and Yoshiaki ventured into the lucrative sports market, building a stadium in Tokyo and managing a major baseball team, the Seibu Lions. His sway and influence were instrumental in the 1998 Winter Olympics being held in Nagano, Japan.

Japanese Financial Recession Of The ’90s

Despite his ambitious expansion, his net worth tanked steadily in light of the great Japanese economic slump of the ’90s. His fortunes saw a downturn, and by 2004, he retained a fraction of his net worth: a measly $3 billion.

But things would only get worse as a scandal rocked the already-perilous foundations of his once-prodigious empire.

In 2005, an investigation into Seibu unearthed details of the falsification of financial records and fraud.

Yoshiaki and four other executives became the center of the investigation. As the major shareholders of the Seibu Railways, they were charged with falsifying Seibu‘s 2003 financial statement that claimed that their stakes in the company only amounted to 43.1%, when in actuality, it was closer to 64.8%.

Yoshiaki and the company were also charged with fabricating hundreds of individual shareholders to guise their own 88% stakes in the company. They had attempted to bypass Tokyo stock exchange rules, which stipulates that a firm’s major stockholders be forbidden from owning more than 80% of the total stakes.

Yoshiaki himself was found guilty of insider trading by selling his shares in Seibu Railway to his business partners to reduce his stake in the company.

In light of the damning scandal, Seibu was delisted from the Tokyo stock exchange.

On March 3, 2005, Yoshiaki was taken into custody on charges of violation of securities trading law. Tsutsumi pleaded guilty to the charges and was sentenced to 30 months in prison and faced 4 years probation. He was also fined 5 million yen (approx. $46,000). His probation ended in October 2009, and he indirectly remains a major shareholder in Seibu Holdings.

By 2007, Yoshiaki was not even tracking in the Forbes‘ billionaires’ list. The once-richest man in the world had been dethroned!

Yoshiaki Tsutsumi was born on May 29, 1934, in Japan. He is one of the many children born to the Japanese entrepreneur, politician, and business tycoon, Yasujirō Tsutsumi.

Known for his voracious sexual appetite, Yasujirō was a notorious philanderer whose documented sexual exploits were shared among three wives and two mistresses; he had countless more undocumented sexual relationships.

Yoshiaki was the eldest born of Yasujirō’s extramarital relationship with his mistress, Ishizuka Tsuneko. Tsuneko was the daughter of one of his close friends. Yoshiaki had two biological brothers, Yasuhiro Tsutsumi and Yuji Tsutsumi.

It is thought that Yasujirō fathered somewhere between 50 to 100 children between his numerous undocumented liaisons with call-girls and mistresses.