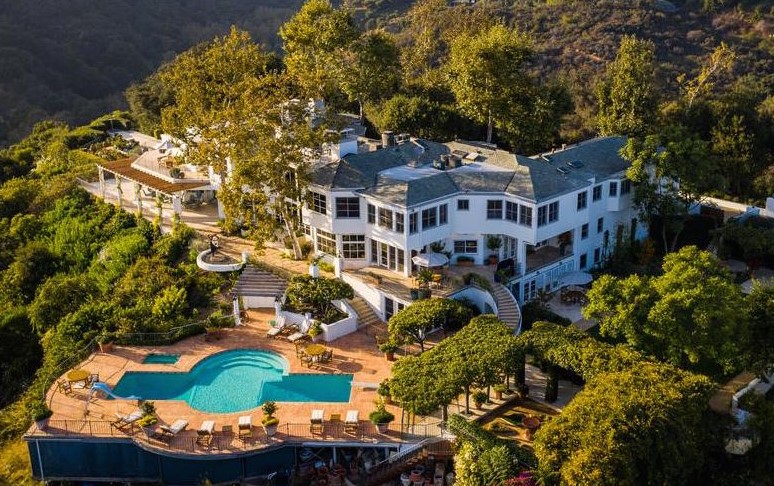 Norman Lear and wife Lyn Davis have yet again listed their Brentwood property, and this time in a much lower price than before.

The mansion sits on 10-acre, where the centerpiece of the property spreads over the area of the 14,000-square-foot main house, reached via the long gated driveway.

It features eight full bathrooms, four half baths, and seven bedrooms with amenities like a double-height library, a home office, built-in bookshelves, and a professional-caliber home screening room. The property also has staff offices, a tennis court, a garage that fits around 28 cars, a gym, and a swimming pool.

Lear mentioned in one of his interviews that the house is very much dear to him as he started his new life with his then-new wife in that home.

Besides, the TV producer has three other kids from his previous marriages- a Daughter named Ellen Lear from the first marriage with Charlotte Rosen and two daughters Kate Breckir LaPook and Maggie Beth Lear from the second marriage with Frances Loeb.

As of now, Lear and Davis are planning to spend more time at their lavish apartment in Manhattan and are also looking for a smaller estate in Los Angeles.