Skip to content
Home » GOSSIP » Why Ashton Kutcher And Mila Kunis Are Planning To Exclude Their Children From Their Will?

Why Ashton Kutcher And Mila Kunis Are Planning To Exclude Their Children From Their Will? 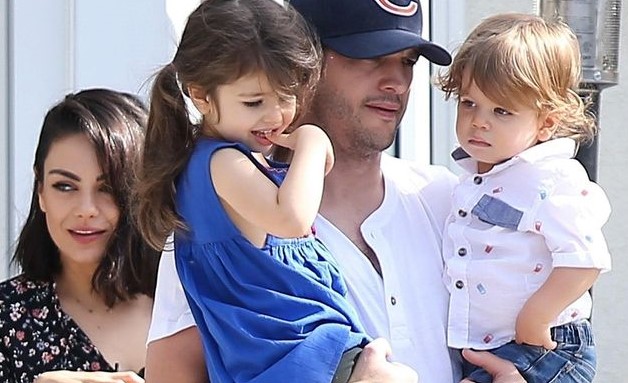 Hollywood A-listers Ashton and Mila are setting a new example of parenthood. As per the recent report, the couple is planning to exclude their kids from their property.

Kutcher, 41, opened up about the matter on Dax Shepard’s podcast Armchair Expert. He stated:

“My kids are living a really privileged life, and they don’t even know it. And they’ll never know it, because this is the only one that they’ll know. I’m not setting up a trust for them. We’ll end up giving our money away to charity and to various things.”

He further said he wants his kids to be resourceful and acknowledge what they have.

“I want them to be really resourceful. Hopefully, they’ll be motivated to have what they had, or some version of what they had.

This is not the first time we are talking about the pair’s incredible parenting skills. Back in 2017, Mila mentioned, why they don’t give materials Christmas presented to her toddlers.

“So far, our tradition is no presents for the kids. We’re instituting it this year because when the kids are [younger than] one, it doesn’t really matter. Last year when we celebrated Christmas, Wyatt was two, and it was too much. We didn’t give her anything — it was the grandparents. The kid no longer appreciates the one gift. They don’t even know what they’re expecting; they’re just expecting stuff.”

Both Kutcher and Kunis are always very private when it comes to their little angels. They don’t bring them to any public events and try to make their life as normal as possible.

We totally agree with the duo. Every kid should learn the value of money.