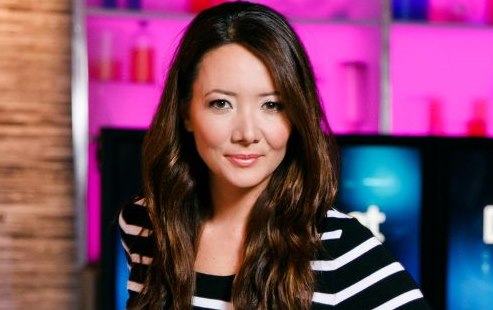 English-born Canadian television personality as well as producer, Ziya Tong is very famous for hosting the primetime Discovery Channel’s science television program, Daily Planet from 2008 to 2018. She is also known for her work in CTV National News, CP24, Canada AM, and CTV News Channel.

Ziya Tong was born to a Chinese father and a Macedonian mother in the year 1972, London, England. Later on, she moved to Hong Kong with her parents. When she was 11 years old, she moved to Canada. She has a sister named Ruben Korubin who is a painter.

Talking about her education, she completed her B.A degree in psychology and sociology from the University of British Columbia. Also, she has done an M.A. degree in Communications from McGill University.

The 48 years old, TV personality Ziya is a very secretive type of person when it comes to sharing about her personal life. Whether she is married or dating someone is very mysterious. She has always preferred to stay low-key, so to this date, she has not been linked with any guys.

She is also an active social worker who has involved in several charity programs. Recently she has donated $5000 to Extinction Rebellion Canada. She shared her announcement via her Twitter writing

Friends, an announcement: I will be donating the entirety of my $5,000 @taylorprize winnings to Extinction Rebellion Canada. The fact is, RBC is the fifth largest financier of fossil fuels globally & has received an ‘F’ for its fossil fuel phase out since the Paris Agreement.

Ziya Tong started her career back in 2004 after hosting the CBS TV series ZeD alongside Sharon Lewis for a year. For her good work on the channel, she was even nominated for a Gemini Award for Viewer’s Choice for Lifestyle Host.

In 2006, she was appointed by CTV television to host  Island Escapes. Following year, she hosted and produced 2 science shows, Wired Science and The Leading Edge in The Knowledge Network. On the other hand, she also blogged for the Public Broadcasting Service on the Wired Science and wrote for Wired magazine.

In 2008, she joined Discovery Channel as the guest host of Daily Planet for November and December. Later on, she became the permanent host there and worked till 2018. She has also authored a non-fiction book titled The Reality Bubble.