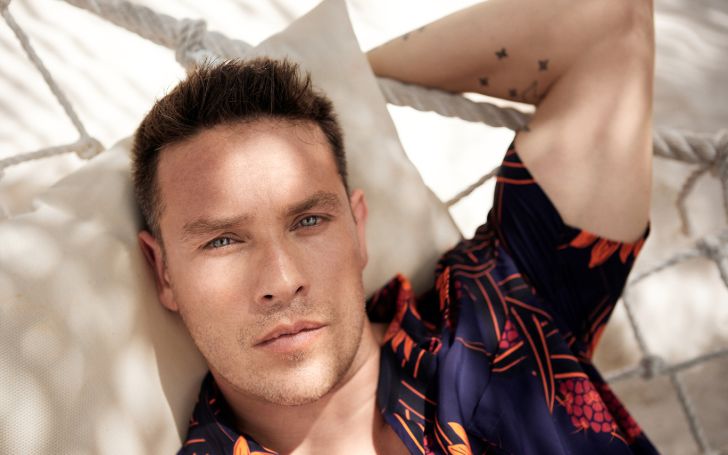 Kevin Alejandro is an American actor who started his career in the year 2002 and got recognized in 2009 after he appeared in the TV series, Southland as Nate Moretta and True Blood in Jesús Velázquez. Also, he is very famous for his appearance in the shows such as The Young and the Restless, Parenthood, and Arrow.

Kevin Alejandro was born on April 7, 1976, in San Antonio, Texas as Kevin Michael Alejandro to Tomas Hernandez and Dora Alejandro Hernandez. Both of his parents are Mexican. He was raised alongside two sisters:  Kimberly McGraw and Tanya Hernandez.

While talking about education, he has completed his schooling from a local school and went to  The University of Texas at Austin for his graduation.

READ: Who Is Haley Bennett? Net Worth, Age, Height, Boyfriend

Is Kevin Alejandro Married Or Not?

The 46 years old Kevin Alejandro is a married man. He has shared the wedding vows with Leslie de Jesus Alejandro on February 14, 2004, in Costa Rica.

Talking about their love story, they met each other while both of them were helping one of their mutual friends to move into an apartment. And after some years of friendship, they started dating in the year 2002.

Together they have shared a son named Kaden Michael Alejandro on February 22, 2008.

Kevin Alejandro has an estimated net worth of $3 million as of 2022 from his career as an actor. He made his acting debut in the year 2002 from his appearance in the movie Purgatory Flats as Owen Mecklin. After a year, he was cast in movies and TV series such as Crossing Jordan, Graduation Night, and Las Vegas.

In 2004, he portrayed the role of Dominic Hughes on the TV series, The Young and the Restless. Following this, he appeared in TV sereis such as Southland, Law & Order: Special Victims Unit, Grey’s Anatomy, Ugly Betty, Golden Boy, Grey’s Anatomy, Shark, The Catch, and Breakout Kings.

As of now, he is working in Fox/Netflix series Lucifer as Detective Daniel Espinoza. In the show, he has shared screen alongside Tom Welling, Lauren German, Rachel Harris, D.B. Woodside, Inbar Lavi, and Lesley-Ann Brandt.