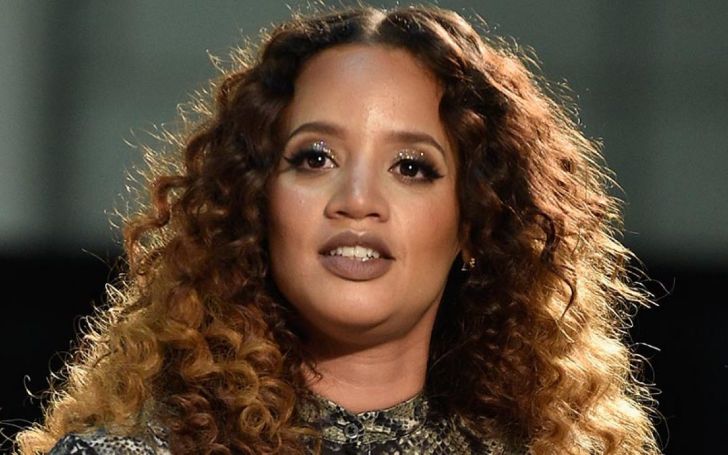 Dascha Polanco is an American actor who is very famous for her appearance in the web series, Orange Is the New Black (2013–2019) as Dayanara “Daya” Diaz. Also, she is known for her work in The Irishman, Joy, and The Cobbler.

Dascha Polanco was born under the birth sign Sagittarius on December 3, 1982, in Santo Domingo, the Dominican Republic as Dascha Yolaine Polanco. She is the daughter of Rubén Darío Polanco (mechanic) and Janet Polanco (cosmetologist).

She moved to the United States along with her parents when she was very young and spent most of her childhood days in Sunset Park, Brooklyn, and Miami. She was raised alongside two siblings: a sister named  Jessica, and a brother whose name is yet to be disclosed.

While talking about education, she completed her degree from the Hunter College.

Mother Of Two; Who Is Her Husband Or Partner?

The 37 years old, Dascha Polanco is one of those who has always preferred to keep her love life away from the media. To this date, she has never preferred to disclose a single word on it.

She became pregnant for the first time when she was just 18 years old with her then-boyfriend. However, her boyfreind ran away from the responsiblity after he knew about her pregnancy and later on Polanco welcomed a daughter named Dasany Kristal Gonzalez in 2000.

While talking with Cosmopolitan magazine, she revealed that she struggles a lot to raise her daughter as a single mother as she was also battling depression following her mom’s death. She again welcomed a son named Aryam after two years with another partner.

As per her, she was engaged to her son’s dad for almost six yaers before they called it off in 2013. Later on when she was asked about her relationship she disclosed that,

I am engaged to a good-hearted man that supports me and allows me to be me. We met at the Dominican Day parade.

Some of the sources has claimed her new partner to be Travis Scott however it is yet to be confirmed.

How Much Is Her Net Worth? Career and Social Work

Dascha Polanco has an estimated net worth of $5 million as of 2020 as per the celebrity net worth. She makes a decent amount from acting career, ads, enforcement, and so on.

While talking about her, she has been in the industry since 2011 and her first appearance was in the television series Unforgettable as Estella. The following year, she was cast in the series  NYC 22.

Her career got huge limelight after she was cast in the Netflix series Orange Is the New Black (2013-2019) as Dayanara “Daya” Diaz. In the series, she has shared the screen alongside Danielle Brooks, Taylor Schilling, Diane Guerrero, Laura Prepon, and so on.

Some of her other notable works include The Irishman, The Perfect Match, MFKZ, The Cobbler, When They See Us, Russian Doll, among others.

Apart from her career, she is also involved in social works as she always supports the cause of health. She is actively involved in non-profit organizations such as the American Stroke Association and American Heart Association.