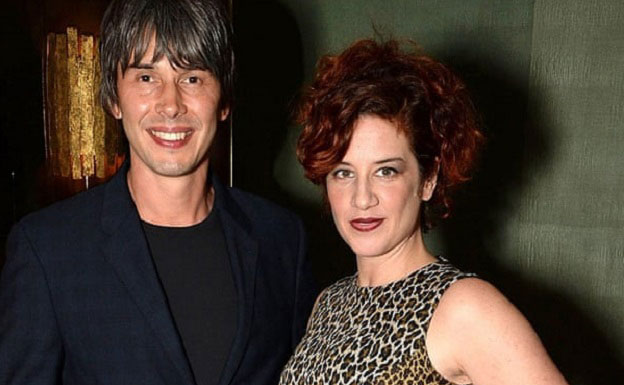 English physicist and author Brian Cox is widely known as the presenter of science program, Wonders of… and written books like The Quantum Universe and Why Does E=mc2. The author and co-author of around 950 scientific publications has successfully maintained her personal life, just like his professional career.

Today, on deck, we will be talking about Brian Cox’s personal life, including his married life, children, and relationship history. Scroll down:

How Is Brian Cox’s Married Life with Wife Going On?

The professor of particle physics at the University of Manchester is a married man. He exchanged the wedding vows with Gia Milinovich back in 2003 in a private-intimate wedding ceremony held in Duluth, Minnesota, all surrounded by close friends and family members.

Speaking up about their relationship, Gia claimed that his CERN email address initially attracted her, and rest is just history!

His wife, Gia, is an American-British writer and television presenter. She has presented television programs like Demolition Day. She is also a convenor of the political movement, More United.

Talking about Brian and Gia’s children, the pair has a child together. Six years after marriage, the duo welcomed a son. Well, Brian is also the step-father of son Moki from his spouse’s previous relationship.

As of now, the family of four resides in Battersea. Also, the lovely pair enjoys twelve years of long marital life.

The secretive Brian, who has around 31.4 thousand followers on Instagram, has not posted pictures from his personal life on his social media accounts. He often uploads the image of nature.

Gia Milinovich, whose full name is Gia Michele Milinovich, is a famous American-British writer and presenter. She was born on 11 July 1969 and is currently 50 years old.

Brian’s wife started her professional career in 1994 via TVFM- The Children’s Channel. Her other television works include in Ice Warriors, Click Online, And God Created Gadgets, The Big Byte, Hot or Not, The Electric String Vest, Richard & Judy, LBC Radio, The Cinema Show, and so on.

Gia has also worked in a handful of movies like Sunshine, The X Files: I Want To Believe, and 28 Weeks Later.

Brian was born on 3rd March 1968, in Royal Oldham Hospital in Oldham, Lancashire, England. The 52 years old professor was raised by cashier mother and middle-manager father. Brian once claimed that he had a happy childhood growing up in Oldham.

Regarding educational background, he studied at Hulme Grammar School. He graduated with a Bachelor of Science degree and later studied Master of Philosophy. In 1997, Brian completed his doctorate in Philosophy at the University of Manchester.