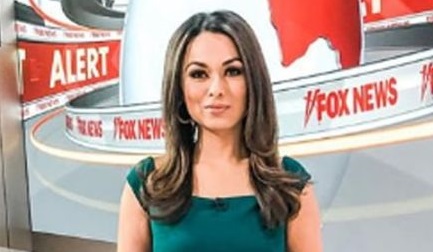 Pakistani-born American journalist Aishah Hasnie is an Emmy-nominated television journalist who is currently serving as a correspondent for Fox News Channel. Prior to this, she worked as a news reporter as well as an anchor for the news/talk program Fox & Friends and Fox & Friends First.

Aishah Hasnie’s exact date of birth is not mentioned but some of the sources have claimed that she was born around 1984-1985 in Lahore, Pakistan. She moved to the USA also with her family when she was in her small age.

The youngest among the three, he has two brothers. Well, most of her family members are involved in the field of journalism. Her maternal family has a women media conglomerate named Business Recorder Group in Pakistan. Also her cousin, Maira Ansari served as the reporter for WICS-TV.

While talking about education, she completed her schooling from  Bedford North Lawrence High School. After completion of the school level, she decided to receive her degree in biology but later on changed her mind and decided to join journalism and graduated from Indiana University in 2006.

The journalist who is in her mid-30s is a very secretive type of person when it comes to sharing about her love life. Whether she is married or not is yet to be disclosed. Even after being the daily face of the media, she has well managed to keep her personal life at bay.

To this date, none of the media personality has caught her with any guy. Even if we go through her social media platform, we cannot find out any post which has hinted to her relationship matter.

Aishah Hasnie’s Career and Net Worth

Aishah Hasnie has an estimated net worth of $500 thousand as of 2022 from her career as a journalist. In the USA, journalists are paid around $40691 per year, so she also might be getting paid in the same range.

While talking about her career, she joined as an intern at WICS-TV news station situated in Springfield, Illinois soon after the completion of her graduation. While doing an internship, she also reported at WTHR-TV and GEO-TV.

In 2008, she joined WANE-TV as a fill-in-anchor and in 2011, she started working as an investigative reporter at WXIN-TV. Her career got a big break after she started serving as a New York-based correspondent for Fox News Channel.