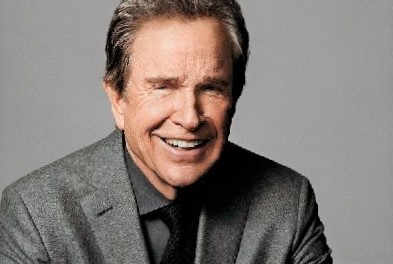 How Much Is The Net Worth Of Actor Warren Beatty?

Warren Beatty is an American actor who made a debut as Bud Stamper in the film Splendor in the Grass. He earned worldwide fame after producing the film Bonnie and Clyde in 1967 and winning the Oscar Award as the best director in the movie Reds.

Warren Beatty began his career as an actor with the TV series Kraft Theatre as Roy Nicholas in 1957. Similarly, in his debut year, he got two more roles on television shows, Studio One in Hollywood and Suspicion.

From 2959 to 1960, he played Milton Armitage on the television series The Many Loves of Dobie Gills along with Dwayne Hickman, Frank Faylen, Florida Friebus, Bob Denver, and others. Then, in 1961, he portrayed the role of Bud Stamper in the Oscar-nominated American Technicolor period drama movie Splendor in the Grass along with Natalie Wood.

After the limelight from the film, Warren earned more popularity as an actor, writer, and producer with the biographical crime movie Bonnie and Clyde with Faye Dunaway, Gene Hackman, Estelle Parsons, and Michael J. Pollard. Some of his more notable movies include Shampoo, Heaven Can Wait, Reds, Dick Tracy, Bugsy, Bulworth, and Rules Don’t Apply.

Furthermore, as a director, Warren is famous for the film Reds and even won Academy Award for Best Director in 1982. Similarly, he won another Oscar that is Irving G. Thalberg Memorial Award.

The celebrity couple Warren and Annette live a lavish lifestyle in Los Angeles. The Mediterranean house covers 11,000 square feet featuring 6 bedrooms, 8 bathrooms along with a gym, office, and a pool is listed on the market for $6.995 million.

Prior to Bening, Warren was dating actress Joan Collins in 1959. The couple was engaged in the early 1960s but later called off their engagement.

In an autobiography, Passion for Life, his ex-fiancee revealed that she was pregnant with Warren’s child. She also disclosed that she had an abortion in order to avoid the scandal, which could seriously damage their career at that time.