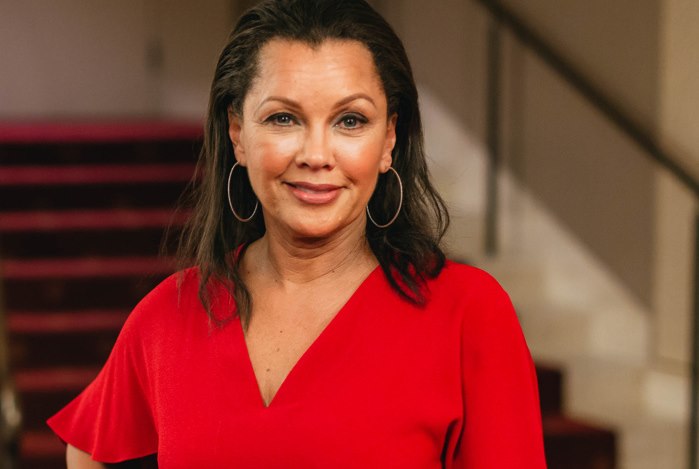 Vanessa Williams made history in 1984 by becoming the first Africa-American to win Miss America. She has continued to be popular as an actress on various TV shows and films.

She was already a household name after her Miss America win, but her later works in Desperate Housewives as Renee Perry, and on Ugly Betty as Wilhelmina Slater made her popular among a new age demographic altogether.

How Much Is The Net Worth Of Vanessa Williams?

Multitalented celebrity Vanessa Williams has a net worth of around $28 million as of April 2020. She made this net worth from a professional journey that started in 1982.

Williams first came into the limelight as a model at the Miss America pageant; then, after winning the competition, she became an almost overnight success.

The star has taken home a huge salary for her various works on TV; in fact, for her work on 666 Park Avenue, she got a $100,000 per episode salary.

Similarly, she also got a whopping $20,000,000 after signing the contract with ProActiv Solution, becoming their spokesperson.

As a musician she has also earned huge sums of money from her record sales, a list of her earnings from record sales are below.

Allegedly Lives In A Haunted House

The actress lives in a home built before World War 1 and has said that there are many unexplained sounds and happening in the house. The property is huge and has many modern features like a swimming pool.

Her house appeared in an episode of “The Haunting Of,” as paranormal investigators tried to get to the bottom of the mysterious occurrences.

The model and fashion designer launched a fashion line in March 2016. She branded the aptly titled V. by Vanessa Williams line by saying

“This collection is a combination of me as a professional, me as a mother, and me as what I wear for comfort around the house,”.

Everything offered by Williams on the line is under $100, and according to People is Meant to ‘Hide Bra Fat’.

The model has worked extensively with various charities, in fact, she is involved with over 18 charities. She also supports causes ranging from Adoption to Civil Rights.

Some of the organizations she has worked with are Hollywood Arts Council, Elizabeth Glaser Pediatric AIDS Foundation, Aid For AIDS, American Stroke Association, etc.

Additionally, she has also done a lot of work for breast cancer research and awareness. Similarly, she has helped design and sign a pair of shoes that went to the Stuart Weitzman charity that benefits Ovarian cancer.

Other causes she has passionately supported are LGBTQ rights, civil rights, and human rights. She is a public supporter of same-sex marriage.

According to Vanessa herself, she was molested as a child by a woman when she was just 10. She also had to get an abortion while still in high school.

She is married to Jim Skrip as of April 2020. Before this, Williams has been married 2 times in the past.

Her first marriage was to Ramon Hervey II, they tied the knot in 1987. She had 3 children with Harvey. They divorced in 1997, after which she married NBA star Rick Fox in 1999. They have a daughter together named Sasha Gabriella Fox. Their divorce was finalized in 2004.