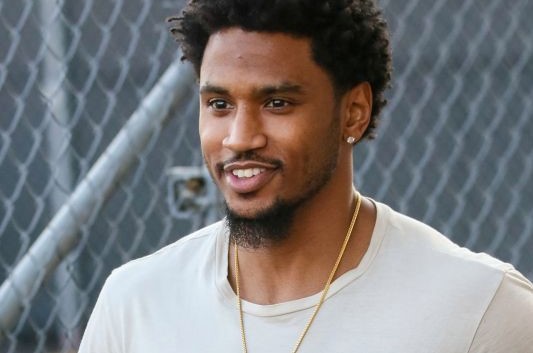 As of 2020, Grammy nominee Trey Songz is estimated to have a net worth of $12 million, according to Celebrity Net Worth. Another source, The Richest, claims his fortune to be around $10 million.

He primarily accumulates his riches from his professional career as a singer, songwriter, rapper, actor, and producer.

Songz holds the record of selling more the 12 million albums solely in the United States of America and over 25 million record sales worldwide.

He is popular for his albums Ready, Chapter V, Tremaine the Album, I Gotta Make It including noted songs like Na Na, Slow Motion, Bottoms Up, Can’t Help But Wait, Neighbors Know My Name, Foreign, Heart Attack, Mr. Steal You Girl and many others.

To date, he has worked with two labels; Atlantic and Songbook. According to The Richest, he signed a contract with the Atlantic Records for an average salary of $100 thousand in 2003.

Besides his album sales, he also makes money from tours, gigs, performance, and concerts. So far, he has gone to around 11 tours. Some of his headlining tours are Between The Sheets Tour with Chris Brown featuring Tyga, Tremaine The Tour, and Anticipation 2our.

Moreover, he has done opening acts for Jay-Z’s The Blueprint 3 Tour, Nicki Minaj’s The Pinkprint Tour, and Usher’s OMG Tour. A site cited that Songz accumulated around $75 million from the ticket sales of his tours.

Short-lived As An Actor

Besides that, he is also known for composing and acting in movies and TV series Texas Chainsaw 3D, American Honey, Million Dollar Arm, and Baggage Claim.

Apart from his eminent career, Songz also makes a reasonable sum of money from his social media involvement.

The Ready singer has endorsed brands and companies like Adidas, Grey Goose, Kodak, Mecca USA, Rocawear, and others.

On the other hand, he boosts his net worth from his merchandise sales through an online e-commerce store TREY SONGZ STORE. His merch includes T-shirts, Champagne Flute Bundle, and Playing Cards.

“At this point, I believe the greatest gift I could receive from anyone is the gift of giving and being able to give.” – Trey Songz

Trey Songz is the founder of Angels With Heart Foundation. He, along with his fans, Trey’s Angels, started the charitable foundation to make a difference in communities across the nation.

With the net worth of $12 million, Trey Songz lives a lavish lifestyle. He owns two residences in Bell Canyon and Los Angeles.

He bought the Bell Canyon mansion for $3.45 million in late 2016. And he is renting his Los Angeles house for $35 thousand per month.

Regarding his past affairs, the Married To Money singer was romantically involved with Lori Harvey, Tanaya, Mila J, Bernice Burgos, Claudia Jordan, and many others.

He also had encounters with Khloé Kardashian & Brittany Renner and was rumored to be in a relationship with Mariah Carey in 2007.

In 2018, the 35 Years Old was sued by a Detroit policeman claiming Trey punched him. It was not the first time that Songz was under the charges.

On 19 March 2018, he was arrested under the charge of felony domestic violence. According to the police report, Trey Songz allegedly punched a woman at a Los Angeles Party. He was released on a $50 thousand bail.

According to Celebrity Net Worth, Trey Songz has a net worth $12 million.