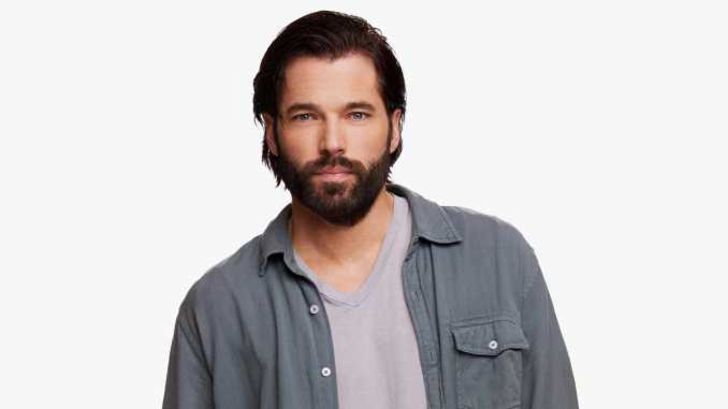 Rozon, a native of Montreal in Canada, was born on June 4, 1976. Formerly a model, Tim landed in the acting career through TV film The Great Gatsby (2000) & soon his acting prominence earned him offers in TV series & movies. With Canadian celebrity chef Chuck Hughes, he co-owns a restaurant named Garde Manger.

Role In ‘Instant Star’ Got Him Instant Fame

Following Tim Rozon’s transition from modeling to acting, he appeared in the TV films: See Jane Date (2003), Crimes of Fashion (2004) and I Do (But I Don’t).

In 2004, the Canadian actor saw breakthroughs to success after he portrayed heartthrob, Tommy Quincy in Instant Star, starring Alexz Johnson, Laura Vandervoort, and Mark Taylor. Rozon appeared in 52 episodes for 4 seasons in the teen drama series until it concluded in 2008.

From 2015 to 2017, he worked in the TV sitcom Schitt’s Creek as the main cast (portrayed Mutt Schitt until) and made an appearance in 23 episodes.

Currently, Rozon stars in the supernatural Western horror TV series Wynonna Earp (2016- Present) alongside Melanie Scrofanoa and Shamier Anderson. Since 2020, he portrays Isaac Stelling in the sci-fi TV series Vagrant Queen; it premiered on March 27, 2020, and completed its Season 1 (10 episodes) on May 28, 2020.

Married Life & Wife: Does He Have Any Child?

Tim Rozon is a happily married man & enjoys a blissful relationship with his wife Linzey Rozon. Reportedly, the duo met in 2012 & began dating soon after; later, they exchanged vows on September 6, 2015.

Back on September 6, 2019, Rozon shared a throwback of their wedding picture on Instagram on the occasion of their 4th marriage anniversary. As of May 2020, his Instagram has over 103K followers while Twitter followers count 67.4K.

According to Tim’s Instagram (@realtimrozon) bio description, he is a father with his wife Linzey. However, the details on his children remain under the curtain.

There is no denying that Rozon’s on-screen chemistry Wynonna Earp co-star Chantel Riley is adorable & even more the actors portray husband-wife in the series. In August 2018, Rozon made a Tweet on Chantel which read “She’s my wife……. K. BYE”.

Indeed, the Tweet garnered limelight but were revealed to be friends only.

Back in March 2017, Tim made a Tweet with a picture of himself being cozy with Canadian actress Tamara Duarte. Even though, it surfaced dating rumors instantly, later it vanished in the thin air.

Besides these, the Montreal-born actor was in a rumored relationship with Instant Star co-star Alex Johnson and with Ryan Seacrest’s ex-wife Likaen Parker, but none of them ever came up whit substantial proof.

How Much Is Tim Rozon’s Net Worth?

As of May 2020, 43-year-old Tim Rozon has an estimated net worth of $1.5 million- thanks to his acting career journey of 2 decades since 2000. Furthermore, he makes a considerable sum as the co-owner of a restaurant named Garde Manger.

On average,  a TV actor earns $52,000-a-year, so Tim with years of experience & rising fame allegedly pulls in the salary in the 6-digit figure.