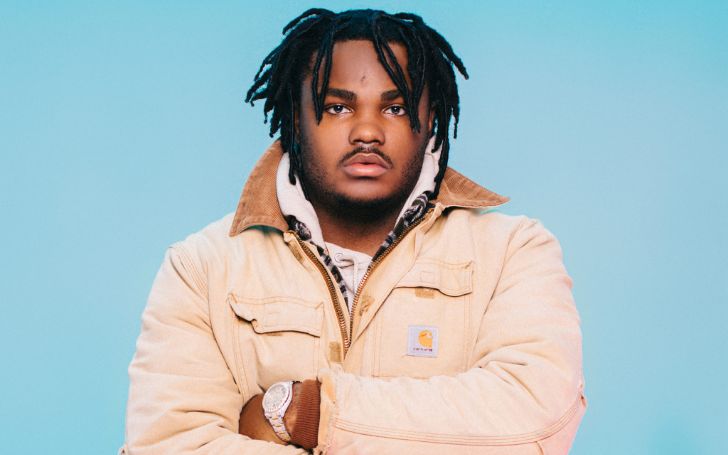 Widely popular by his stage name Tee Grizzley, Terry Sanchez Wallace Jr. is an American rapper, singer, and songwriter who came to prominence from his hit single First Day Out.

Grizzley released his debut studio album titled Activated on 11th May 2018 and received a 2018 MTV Video Music Award nomination for Push Artist of the Year. He is also popular for his singles No Effort, Colors, and From the D to the A.

Terry Sanchez Wallace Jr. was born on 23rd March 1994 in Detroit, Michigan, the United States of America to Latoya Perry. He is of Afro-American descent and is American by nationality.

He went to a local high school and later enrolled at Michigan State University and studied finance and accounting. However, due to financial problems, Tee along with his friend Jeremy Ford began robbing other dormitories and stole electronics and money worth $20,000 from other students.

Tee and Ford were caught but released for pending investigation. He then fled to Kentucky where he was one of the people arrested following an attempted robbery at a jewelry store in Lexington, Kentucky.

Grizzley was sentenced to 9 months for the robbery. While already serving that sentence, he was sentenced to 18 months to 15 years in prison for the Michigan State robberies in September 2015.

How Did He Begin His Rap Career?

Tee began taking rap more seriously while in prison and wrote his entire debut mixtape while in lock up. Following his release from prison, he took Tee Grizzley as his stage name.

In November 2016, he released his debut single entitled First Day Out and gained over 2 million views in less than three weeks. Grizzley signed to 300 Entertainment & Atlantic Records in 2017.

In February 2017, he released his second single titled Second Day Out. Likewise, his third single From the D to the A featuring rapper Lil Yachty was released in March 2017.

Tee released his debut mixtape My Moment on 7th April 2017 with songs like My Moment, Country, How Many, Secrets, and more. For My Moment, he received two 2017 BET Hip Hop Award nominations for Best New Hip-Hop Artist and Best Mixtape.

On 1st September 2017, he released a single titled Beef featuring American singer & rapper Meek Mill. In a similar way, Tee featured rapper Lil Durk in his song What Yo City Like.

Grizzley released his debut studio album entitled Activated on 11th May 2018. He was nominated for the 2018 MTV Video Music Award for Push Artist of the Year. His album has singles like Colors and Don’t Even Trip featuring artists like Lil Yachty, Lil Pump, Moneybagg Yo, Chris Brown, and YFN Lucci.

His second album Scriptures was released on 7th June 2019 with hit songs like God’s Warrior, Locked Up, and Sweet Thangs. The album debuted at no.20 on the US Billboard 200 with 20,524 album-equivalent units.

On 20th August 2019, Grizzley’s vehicle was shot in Detroit, Michigan. Tee and his driver survived the incident; however, his aunt/manager Jobina Brown was shot eight times and killed. Following the incident, he released his single Satish accompanied with a music video to commemorate Brown’s death.

According to various sources, Tee’s net worth is estimated at around $1.5 million as of 2019. Although he has not clarified his worth, he surely has millions of dollars in his bank account.

Grizzley has 1.22 million subscribers on his self-titled YouTube channel. As per Social Blade, he can earn around $27.1k to $433.1k per year from his channel.

Where Does Tee Grizzley Reside?

As per reports, Tee resides in Detroit, Michigan where the median house ranges around $189,900. He purchased his Detroit condo back in 2017 for $800k.

As per sources, Tee rented two out of his three homes for $7500 per month.

On the other hand, Grizzley rides around expensive cars like Rolls Royce Wraith worth $327,000.

The 25-year-old rapper is reportedly in a relationship. Looking through his Instagram account, he shares pictures with his girlfriend; however, her identity is not revealed.

To keep his lover anonymous, Grizzley does not tag his girlfriend in any of his posts. From his post from 5th December, Tee tagged “not.tagging.yall. Thirsty” page on a video with his girlfriend.