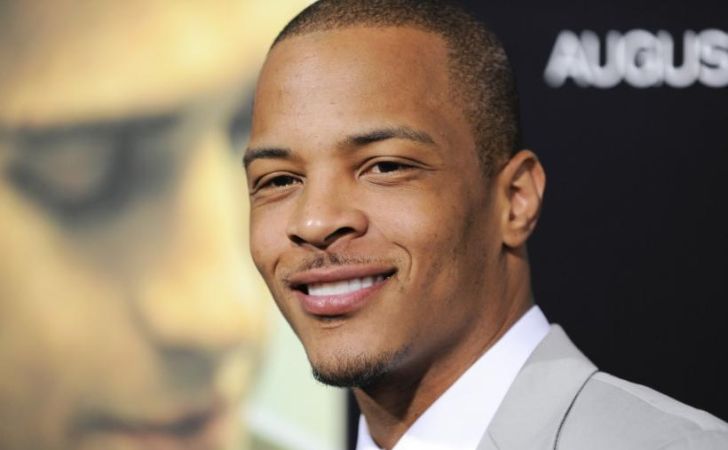 How Much Is The American Rapper T.I Worth?

Professionally known as T.I. is an American rapper who is estimated to own net worth of $60 million as of 2022. He is popular for being one of the artists to popularize the hip-hop subgenre of trap music along with Gucci Mane and Young Jeezy.

As an artist, he has released 10 studio albums and a total of 110 hit singles to date. He was ranked as the 27th Artist of the 2000s by Billboard in 2009. Besides, he is also leading a successful acting career with hit films like American Gangster, Entourage, Ant-Man, Sleepless, Krystal, Ant-Man and The Wasp, and others.

Know about how T.I. amassed his massive fortune, his Income Sources, Salary, and Earnings

According to Celebrity Net Worth, T.I. is estimated to own a net worth of $55 million, whereas, The Richest estimated it to be at around $65 million as of August 2022. He gathered his wealth from his multiple careers as a rapper and actor.

He began rapping at the age of 8 alongside his friend, rapper Big Kuntry King. Together they sold mixtapes from the trunk of their car.

He later got discovered by Kawan ‘KP’ Prather, a record executive, and got signed to his record label Ghet-O-Vision Entertainment. He later signed with Arista Records.

In October 2001, T.I. released his debut album titled I’m Serious in collaboration with Arista Records. Despite the collaboration and guest appearances, the album was not commercially successful selling only 163,000 copies in the United States of America.

Since then, T.I. has released several hit albums like:

Apart from his singing career, T.I. is also well known for his acting skills. He has appeared in over 10 movies to date like the Marvel Cinematic Universe movie Ant-Man by Stan Lee alongside Paul Rudd, Evangeline Lilly, Wood Harris, and Michael Douglas.

Here is a list of a few of his movies and their box office collections:

He also generates an impressive amount of money from his sponsorship and endorsement deals as well. He endorsed Chevrolet during the launch of their latest car in 2007 but lost his deal after he was arrested due to federal gun charges.

Similarly, he has worked with popular brands like Club Crucial, Camps Sports, Axe Body Spray, and many more. He even invested money in a social marketing app called Yopima back in May 2012.

The house includes a half swimming pool, 5 bedrooms, 4 bathrooms, and a fantastic view.

According to Smart Asset, T.I. is reported to pay $9,495 as the annual property taxes for his Atlanta condo.

Over the years, T.I. has been arrested several times. In March of 2004, an arrest warrant was issued against T.I. after he violated his probation of a 1997 drug conviction.

Similarly in October 2007, he was arrested after he allegedly tried to purchase a gun from a ‘cooperating witness’ who had been working as his bodyguard. T.I. walked out of the Atlanta United States District Court after Judge Alan J. Baverman required him to post a $3 million bond ($2 million in cash and $1 million in equity on property) for his bail.

Keeping his arrests and prison sentence aside, T.I. has been involved in several types of philanthropic works. He has been actively involved with For The Love Of Our Fathers organization over the past years.

Born Clifford Joseph Harris Jr. on 25th September 1980, in Atlanta, Georgia, the United States, to father Clifford Harris Sr. and mother Violeta Morgan. He was raised by his grandparents alongside his siblings Precious Harris (d. on 22nd February 2019) Lakeisha Harris, and Brice Harris.

He holds American nationality and belongs to the Afro-American ethnicity. He enrolled at Douglass High School before dropping out.

The couple shares three children: two sons and a daughter together. Although Tiny filed for divorce in December 2016, the couple has been trying to work out their relationship.

Besides this, he shares two sons with former girlfriend Lashon Dixon and a daughter with singer Ms. Niko.