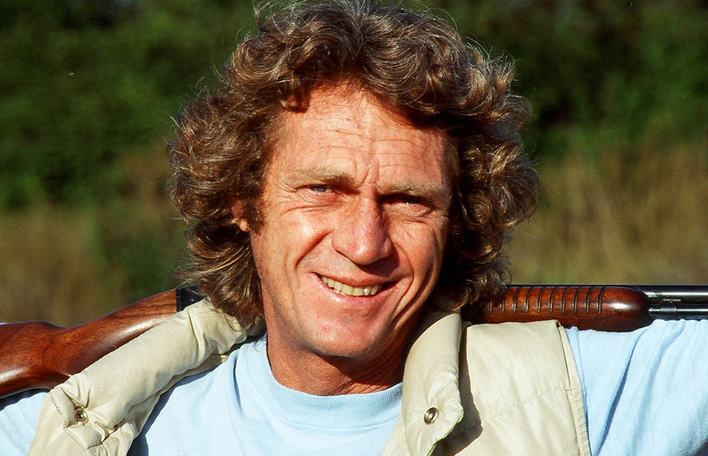 Steve McQueen is a deceased American actor. One of the defining actors of the ’60s and ’70s, McQueen was the personification of cool and popularized the anti-hero persona that is a common movie trope to this day, decades after he first popularized it.

The Academy Award-nominated actor died relatively early (he was only 50 when he passed away). Despite his death in 1980, his legacy still lives on through his on-screen work and vicariously through his children and grandchildren.

We look at the life and legacy of “The King of Cool” including his net worth at the time of his death.

What was Steve McQueen Worth at the Time of His Death?

At the time of his death, Steve McQueen was reportedly worth $30 million. McQueen was an actor most popular through the ’60s and the ’70s.

McQueen started as a theatre actor and had minor roles throughout the early-50s before making his on-screen debut in 1952. His breakout role in the NBC western series, Tales of Wells Fargo, cemented him as a top actor.

Throughout the ’60s and ’70s, his career took off and he popularized the anti-hero persona. He starred in movies like The Cincinnati Kid, Love With the Proper Stranger, Bullitt, The Getaway, The Thomas Crown Affair, and Papillon.

He was also nominated for an Academy Award for starring as Jake Holman in the 1966 war movie, The Sand Pebbles.

Steve McQueen was named the highest-paid actor in the world in 1974, thanks to his bigger-than-life stature and blockbuster roles in movies.

His career winded down in the early ’80s as his health started deteriorating and his final role came in the 1980 action crime-thriller, The Hunter.

A noted adrenaline junkie, McQueen was an avid motorcycle and car racer, and airplane pilot.

Besides doing his own stunts in movies, McQueen also participated in races and events. He was also a collector and had, to his name, many vintage cars and motorcycles.

His portfolio of vintage cars included the following:

When was Steve McQueen Born? Early Life and Childhood

Steve McQueen was born Terrence Stephen McQueen on March 24, 1930, in Beech Grove, Indiana. Born to stunt pilot William McQueen and Julia Ann Crawford, his father left his mother high and dry, who was herself an alcoholic.

Steve was sent to live with his maternal grandparents in Slater, Missouri. His mother had a string of abusive boyfriends, which led to a difficult life for Steve, who in turn, became rebellious and joined a gang.

Due to his rebellious streak and history of petty crimes, Steve spent time at the California Junior Boys Republic in Chino, California. He matured during his time at the correctional facility and left at 16 to move to Greenwich Village, New York, where his mother was living.

McQueen also served time with the United States Marines where his rebellious streak came back with a vengeance. Despite his problem with authority, McQueen served his tenure and was honorably discharged in 1950.

As Hollywood’s leading man and one of the most desirable men of his time, McQueen has been in numerous relationships and marriages.

He was in a relationship with the Italian-American actress Gia Scala while they were both attending the same acting school.

His first marriage happened in the mid-’50s when he tied the knot with the Filipino actress, Neile Adams.

Chad McQueen followed in his father’s footsteps and became an actor, most known for playing Dutch in the movies, The Karate Kid and The Karate Kid Part II. Among Chad’s three children include actor Steven R. McQueen — of The Vampire Diaries fame.

McQueen married for the second time on July 13, 1973, to actress Ali MacGraw. MacGraw suffered a miscarriage in 1974, after which their marriage did not last long. They ended up divorcing on August 9, 1978.

At the time of his death, McQueen was in his third marriage to Barbara Minty. They tied the knot on January 16, 1980. They were married for 10 months before McQueen passed away on November 7, 1980.

Steve McQueen passed away at age 50 at the Juárez clinic in Mexico, after a long battle with terminal cancer.

He was diagnosed with pleural mesothelioma, a type of cancer caused by asbestos exposure, in December 1979.

After undergoing various unorthodox treatments, he was at the end of the rope and had checked into the clinic under an alias to undergo surgery for removing a cancerous tumor.

Ignoring warning from doctors that his heart could not withstand the strain of the operation, McQueen underwent the surgery and died of heart failure after a strenuous 12-hour surgery.

Per his wishes, McQueen was cremated and his remains dispersed over the Pacific Ocean.