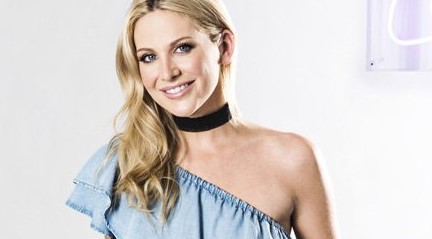 California native Stephanie Pratt is famous for her work on the hit reality TV series, The Hills and several other reality TV shows. She was also cast in The Hills: New Beginnings, which is a sequel to The Hills.

She is also a fashionista and has appeared in several fashion magazines. The star has launched two clothing collections too. Additionally, the star also made the headlines for a shoplifting scandal and her other legal issues.

How Much Is The Net Worth Of Stephanie Pratt?

Stephanie Pratt is a reality TV star with a net worth of around $500,000 as of April 2020. She made this net worth from a career in reality TV.

Pratt started her career in show business in 2007 when she was cast in The Hills, the show made her a well-known name on TV.

Career Summary-Salary From The Hills

Lauren Conrad was the star of Laguna Beach: The Real Orange County and the spin-off to the series was The Hills. Pratt was cast in The Hills.

The series started in 2007 and followed the stars’ professional and personal lives, focusing on their relationships and feuds more often.

As the series progressed, Pratt’s prominence within the group also rose, and she became one of the centres of focus in the fourth season. For the 4th season of the show, she earned a salary of around $152,000.

She left the show in 2010 and was offered her own show The Hit List with Stephanie Pratt in 2012. The show was a commercial flop, but a year later she was cast in Made in Chelsea, a reality show similar in premise to The Hills.

Made in Chelsea (MIC) was a huge hit for the star and made her known to TV fans in the UK. She started receiving worldwide fame for her work on the show. She was cast in the shoe in the 6th season in a recurring role.

Later, she became a part of the main cast and worked in 67 episodes of the show before she made left in 2017. She also was part of the ensemble for Celebrity Big Brother in 2014.

She entered another celebrity reality show when she joined the cast of Celebs Go Dating. In 2017, the star made appearances on Drunk History: UK and Virtually Famous.

In 2018, she appeared in the TV documentary The Story of Reality TV. In a similar fashion, she was cast in another spin-off The Hills: New Beginnings. The show was a spin-off to The Hills.

Pratt was arrested in May 2006 for shoplifting and stealing around $1300 worth of clothing from the luxury department store, Neiman Marcus. After she was arrested, cops also found drugs in her possession.

Similarly, after The Hills co-star Holly Montag’s birthday, she drove while under the influence and was arrested after the police found her blood alcohol was over the legal limit. She had to pay $5000 bail and was placed in 3 year’s probation.

She was 23 at the time and was arrested at 3:45 a.m. and was released 10:30 a.m. The police also said that she was co-operative and did not cause any trouble for them.

The reality star dated Spencer Matthews and Josh Shepherd in the past but is possibly single as of April 2020.

Before this, she dated Jason Peterson, they were first seen together around 2005, and their relationship ended in 2007. Some other high-profile names she has dated are Joey Essex, Stevie Johnson, and Danny Wisker.

She struggles with bulimia and has accredited the condition to the reassure put on her by the industry to be thin.