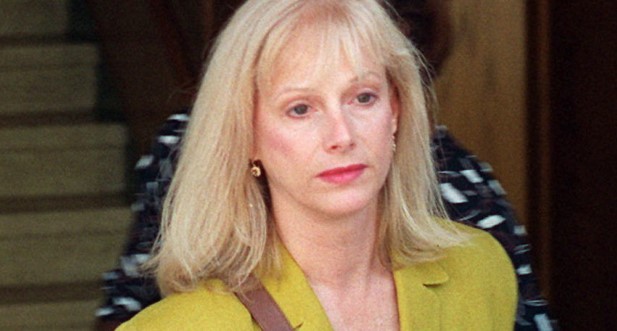 How Rich Was Actress Sondra Locke At The Time Of Her Death?

Best known for the portrayal of Oscar-nominated role Mick Kelly in the movie The Heart Is a Lonely Hunter, Sondra Locke is a late actress, director, and producer. Similarly, she was recognized for her performances in The Outlaw Josey Wales, Sudden Impact, Bronco Billy, Ray Meets Helen, Ratboy, and Impulse.

Salary Throughout The Years

Journey As Actress And Director

Sondra Locke, in order to make her career in acting, took part in a national wide talent searched by Warner Bros in 1967. After that, her career took a turning point after she earned the role of Mick Kelly in the film, The Heart Is a Lonely Hunter. The movie was successful in giving her international fame, and she earned her first Academy Award nomination as well.

After that, Sondra worked in films like Cover Me Babe, Willard, A Reflection of Fear, and The Second Coming of Suzanne. Then, she guest appeared in numerous TV series such as The F.B.I., Cannon, Kung Fu, Barnaby Jones, Night Gallery, and Gondola.

Additionally, Locke also became a part of films: The Outlaw Josey Wales and The Shadow of Chikara. In 1977, she portrayed Gus Mally in the commercially successful movie The Gauntlet along with Carole Cook, Pat Hingle, William Prince, and Jeff Morris.

Furthermore, the late actress featured in films Every Which Way but Loose, Any Which Way You Can, Bronco Billy, Sudden Impact, and others. Also, she portrayed Rosemary Clooney in the biopic, Rosie: The Rosemary Clooney Story with Tony Orlando, Katherine Helmond, John Karlen, Joey Travolta, Kevin McCarthy, Robert Ridgely, and Penelope Milford.

In 2018, Sudden Impact actress played her last role Helen in the romantic film Ray Meets Helen starring Keith Carradine, Keith David, Samantha Mathis, Neil Jackson, and more. Moreover, her stage credits include Life with Father, The Crucible, Life with Mother, The Innocents, Night of the Iguana, The Glass Menagerie, and Tiger at the Gates.

Besides an actress, she also was a director who showed her directing skills in movies like Ratboy, Impulse, Death in Small Doses, Trading Favor, and The Prophet’s Game, and Clean and Narrow.

Sondra lived in Holywood Hills till her last breath. She purchased a 4,748 square feet mansion in Los Angeles, California, featuring 6 bedrooms and 4 bathrooms for $1.11 million in February 2001.

Sondra Locke was born Sandra Louise Smith on May 28, 1944, in Madison County, Alabama, the United States. Her father, Raymond Smith, was a soldier while mother, Pauline Bayne Locke was a factory worker. She had a brother named Don Locke.

Locke attended Middle Tennessee State University, and after a year she left in order to work as a TV station assistant.

The couple exchanged wedding vows on September 25, 1967. The duo shared their life for over 5 decades till the last breath of Locker.

Past Relationship: Lawsuit Against Ex-Boyfriend

Once Sondra was dating her intern assigned to perform the post-surgical checkup, Scott Cunneen during her treatment.

The couple publicly accepted their relationship after one of their early dates in November 1990. The pair began living together in the spring of 1991, and later, they broke up secretly.

Prior to this, Locke was dating her The Outlaw Josey Wales co-star Clint Eastwood. The couple was together for 13 long years from 1975 to 1989.

Sondra blamed Eastwood for her 2 abortions during the 1970s via her autobiography, The Good, The Bad, and The Very Ugly – A Hollywood Journey published in 1977.

Then, the actress filed a ‘Palimony” suit against Clint for controlling and changing the locks of their Bel-Air house. She fought for a year and resolved the case for a movie directing contract with Warner Bros.

Later, she again sued a lawsuit for fraud saying the deal was fake as Warner Bros. rejected all her 30 proposed projects and did not use her as a director. Then, in 1996, she agreed to shut the case ‘out-of-court-settlement’ after receiving an undisclosed sum.

Clean and Narrow director Locke was 74 years old at the time of her death. She had double chemotherapy and mastectomy for breast cancer in 1990.

Later, she died from a cardiac arrest related to metastatic bone and breast cancer on November 3, 2018.