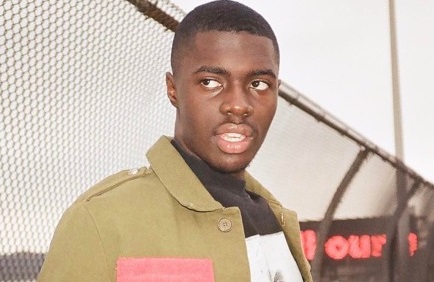 Sheck Wes, born Khadimou Rassoul Cheikh Fall, is an American rapper, singer & songwriter turned professional since 2009. Sheck came to the limelight for his 2017 song Mo Bamba; it became popular in 2018 & is a 5-time RIAA: Platinum.

The New York City-born has released an album & a collaborative album so far, along with 21 singles.

Sheck Wes’ Net Worth In 2020: Career Journey To Success

Without a doubt, Wes makes money through his music career; as of May 2020, 21-year-old Sheck has a net worth of $500,000 according to Celebrity Net Worth.

Since February 2, 2018, the American rapper, under the aegis of the record label Interscope Records, is signed with Travis Scott’s Cactus Jack and Kanye West’s GOOD Music.

Moreover, in collaboration with Travis Scott, he released a compilation album JackBoys on December 27, 2019, through the label Cactus Jack Records.

Over the years, including album & non-album songs, Sheck has released many famous singles including Live Sheck Wes, Do That, Chippi Chippi, Sadio Mane, Losing My Mind, and YKTS.

Moreover, as a featured artist, Wes has worked in the singles:

According to Sheck’s Instagram bio description, his other album Hell 2 Paradise is on the way.

According to Social Blade, the American rapper’s YouTube channel has the potential to earn him $1.6K – $25.7K per year.

Relationship Status: Is He Dating Now, Who Is His Girlfriend?

Meanwhile, the Mo Bamba singer is not dating anyone & is allegedly single.

Formerly, Sheck was in a relationship with now ex-girlfriend Justine Skye, an American singer & model.

In February 2019, Skye dragged Wes to the court on the charge of domestic abuse & stalking; she also claimed that the rapper hit her while at the Montrose Hotel in West Hollywood in 2018 summer.

Reportedly, due to the allegations, Sheck got kicked-out of Major League Soccer‘s advertising campaign.

But Sheck denied those claims & no further evidence of such violence came up.

From 2018 to 2019, the rapper was in a relationship with blogger & Instagram star India Love. They often made cozy appearances on Instagram stories but later parted ways quietly.

In May 2020, Sheck Wes was arrested in New York City traffic on 2 felony charges: possession of drugs & a weapon. Reportedly, along with his friends, Wes was in a 2019 Lamborghini SUV, when police pulled him over for excessive window tint.

The officers later found out a loaded Smith & Wesson (0.9mm pistol) in the bag.

However, the rapper was released with no bail with the court’s adjourned to August 2020.

Sheck practices Islam; his parents hail from Senegalese descent. At the age of 4, he moved to Milwaukee with his mother & later relocated to New York at the age of 14.

By the time, Wes was 16, he did modeling for Kanye West’s clothing line. The closeness with Kanye’s which would later grant him a deal with West’s record label, GOOD Music.