Who Is Scarlett Estevez? Age, Height, Net Worth, Instagram 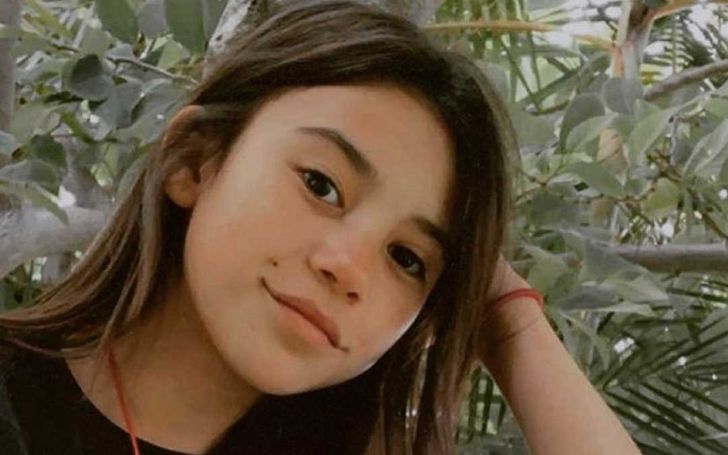 Scarlett Estevez is an American child Actress who is active in the industry since the age of three. Her debut in the acting world was from the television series Redeeming Dave.. After this, she has worked in several movies and TV shows with dozen of acting credits in her name. Some of her notable works include Daddy’s Home, Daddy’s Home 2, If You Give a Mouse a Cookie, and Bunk’d. As of now, she is very famous for her acting in Fox/Netflix series Lucifer (2016-present) as Trixie Espinoza.

Scarlett Estevez was born under the birth sign Sagittarius on December 4, 2007, in Los Angeles California, the United States. She is the daughter of Samantha Estevez and Anthony Estevez. She has two siblings: an older sister, Eloise Estevez, and a younger brother, Ben Estevez.

While talking about her education, she is homeschooled and took an online course that is specially designed for child actors.

Scarlett Estevez is just 12 years old as of now and she is too young to be involved in any kind of relationship. As of now, she is busy focusing on her career as well as in her studies.

Scarlett Estevez has an estimated net worth of $700 thousand as of 2020 as per The Richest which she has earned from almost a decade of her career.

While talking about her acting career in detail, she made her debut in the entertainment industry from the television series Redeeming Dave. The same year she appeared in the short film titled, The Magic Bracelet as  Young Ashley and in the movie And Then There Was You as Abigail.

Some of her notable TV and movie work includes Daddy’s Home, Daddy’s Home 2, If You Give a Mouse a Cookie, Modest Heroes, The Massively Mixed-UP Middle School Mystery, and Dr. Seuss’ the Grinch.

As of now, she is very famous for her appearance in the Fox/Netflix series Lucifer (2016-present) as Trixie Espinoza. In the series, she has shared the screen alongside Rachael Harris, D. B. Woodside, Kevin Alejandro, Lesley-Ann Brandt, and Tom Welling.

She has also done more than 25 national commercials including  Little Tikes, Cheerios, Apple, among others. Moreover, she has also done several photoshoots for companies such as Disney. Apart from acting she also adds to her net worth from social media post endorsement. As per the Influencer Marketing Hub, she makes around $2,794.5 to $4,657.5 per endorsement post.