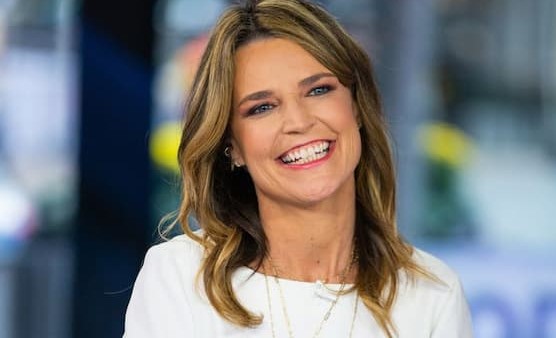 Savannah Guthrie is an Australian-born American broadcast journalist and attorney who is the main co-anchor of the NBC News morning show Today. She began anchoring Today in July 2012, replacing Ann Curry.

Previously she served in the NBC News as a legal analyst and correspondent regularly reporting on trials throughout the country. She also worked as a co-anchor of the MSNBC program The Daily Rundown in 2010 and 2011. As of 2020, Guthrie is worth $20 million as per various sources.

She went to Amphitheater High School, located in Tucson. She earned her B.A. in journalism from the University of Arizona, graduating in 1993. She received her Juris Doctor degree from Georgetown University Law Center and was inducted into the Order of the Coif in 2002.

According to Celebrity Net Worth, Guthrie is estimated at around $20 million as of early 2020. She reportedly makes $8 million per year as her salary from NBC News.

Guthrie and her husband Michael own a 2,691 square-foot Tribeca home. Feldman purchased the 3-bedroom, 4-bathroom apartment for $3.8 million back in 2012 before marrying Savannah. The duo listed their house for $6 million in mid-2017.

Following her graduation, Savannah landed a job in broadcasting at ABC affiliate KMIZ in Columbia, Missouri. She worked there for about two years before returning to Tucson with a job in NBC affiliate KVOA in 1995.

She worked there for five years before landing a job at WRC-TV, Washington, D.C., where she covered major stories including the 11 September 2001 attack on The Pentagon and the 2001 anthrax attacks.

After receiving her Juris Doctor in 2002, she worked for the law firm Akin Gump Strauss Hauer & Feld, where she served as a litigation associate, specializing in white-collar criminal defense.

On 9th May 2011, NBC announced that Guthrie would co-host the 9 a.m. hour alongside Natalie Morales and Al Roker. She also became NBC New’s Chief Legal Analyst and made her first appearance in this role on 25th May 2011.

On 29th July 2012, it was confirmed that Guthrie would co-anchor Today alongside Matt Lauer and made her first appearance on 9th July 2012. She is widely known for her highly regarded interviews on Today.

She also conducted an interview with President Donald Trump regarding his role in the Barack Obama birther controversy. She also reported exclusive details regarding the death of Osama bin Laden.

On 29th November 2017, Matt left Today due to sexual misconduct making Guthrie the host of Today alongside Hoda Kotb to this date.

Since 2012, Guthrie is hosting the Macy’s Thanksgiving Day Parade and the annual Rockefeller Center Christmas Tree Lighting on NBC.

Life Away From The Spotlight

Besides her profession on NBC, Guthrie is also involved in several charitable events and foundations. She supports the following charities:

The 49-year-old news anchor is married to Michael Feldman. The couple first met in late 2009 and eventually began dating. After dating for a while, they became engaged in May 2013 while vacationing on Turks and Caicos.

They tied their knot on 15th March 2014 in Tucson, and two days later, Guthrie announced that she was four months pregnant. They welcomed their first daughter named Vale Guthrie Feldman in August 2014 and son Charles Max Feldman in December 2016.

Additional Fact: Savannah suffered from a torn retina and vision loss in her right eye after her son hit her in the eye with a toy train.

She was previously married to BBC News presenter Mark Orchard. The couple began dating shortly afterward and got married on 3rd February 2006. Unfortunately, they separated after a while and got divorced on 20th May 2009.