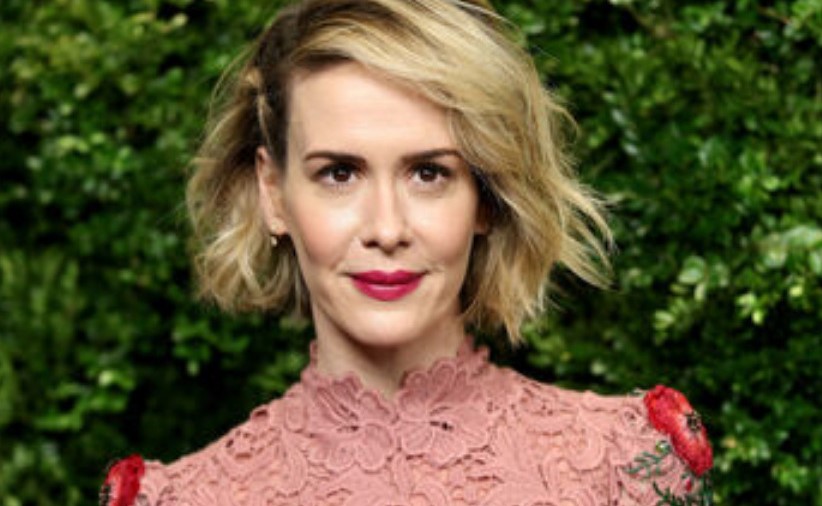 What Is The Fortune Of Actress Sarah Paulson In 2020?

American actress Sarah Paulson is best known for playing the role of prosecutor Marcia Clark in Season 1 of the crime TV series American Crime Story subtitled The People v. O.J. Simpson. For her hard work in the show, she even won numerous awards, including Primetime Emmy Award and Golden Globe.

Similarly, the award-winning actress is recognized for her performances in American Horror Story, 12 Years a Slave, Carol, Martha Marcy May Marlene, and Serenity.

As of April 2020, Sarah Paulson has an estimated net worth of $10 million. Professional since 1994, there is no doubt that the star earns hundreds of thousands of dollars as a salary from her films and TV series.

How Was Her Success Journey From Plays To Big Screens?

Sarah began her acting career performing in Horton Foote‘s play titled as Talking Pictures at the Signature Theatre. After that, in 1994, she played a minor role in an episode of the TV series, Law & Order. The next year, she acted in the television film Friends at Last.

Additionally, Sarah starred in the popular television series American Gothic along with Gary Cole, Lucas Black, Paige Turco, Jake Weber, Nick Searcy, and others. Finally, she made a big-screen debut playing the lead role in the movie Levitation in 1997. She appeared in the series Jack & Jill from 1999 to 2001.

Again in 2005, Paulson acted in a play The Glass Menagerie. Then, 45 years old actress also became a notable part of movies and television series like What Women Want, Down with Love, Path to War, The Notorious Bettie Page, Studio 60 on the Sunset Strip, and The Spirit.

Srah Paulson bought the single-story house from actress Emma Roberts in 2016. The mansion with over 2,100 square feet of open-plan living space was never on the market.

Paulson paid $1.65 million for the home featuring 3 bedrooms, 3.5 bathrooms with a living room and a media room.

She spent her childhood with her siblings, Rachel Paulson (actress) and Liz Paulson (casting director).

Did You Know: At 25, she was diagnosed with melanoma and hence removed to stop cancer from spreading,

5 feet 6 inches tall star Sarah Paulson is a member of the LGBTQ community as she is openly bisexual.

At the moment in 2020, Sarah is in a relationship with actress Holland Taylor who is 32 years older than her. Together, the couple is living a blissful life since early 2015.

Previously, she was engaged to the playwright, Tracy Letts. After she called her engagement with her ex-fiance, Paulson was dating actress Cherry Jones from 2004 to 2009.