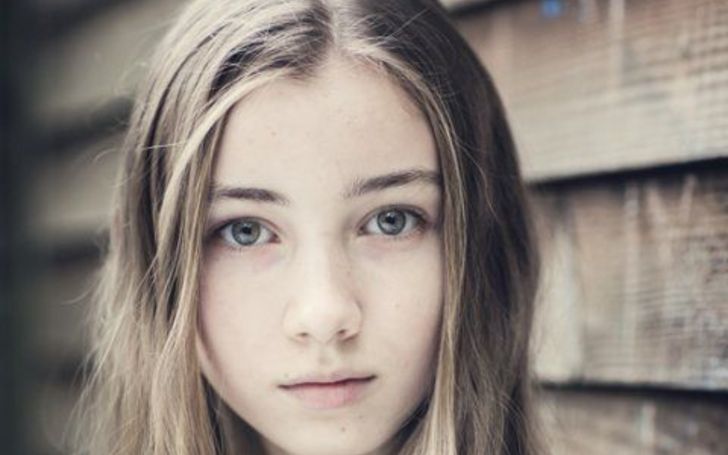 Ruby O’Leary is an Irish-Australian actress who has appeared in the Historical drama series, Viking as the daughter of the king. She received huge limelight after her video of twisting her hand became viral. In the video, she easily twisted her arms in front of her series cast members.

Ruby O’Leary celebrated her birthday every year on March 13; however, the actual years of her birth are yet to be disclosed. She is of Irish-Australian nationality while her ethnicity is unknown.

Has $200 Thousand Net Worth From Her Appearance in Viking

Ruby O’Leary made around $200 thousand net worth from her career in the acting industry. Normally, the actor gets paid around $39.84 per hour so she also might have received her salary ins the same range.

Ruby O’Leary is very famous for appearing as Gyda, the daughter of King Ragnar Lothbrok and Lagertha in Vikings. In the series, she plays a gentle and kind child, who’s just learning the ways of the Vikings.

O’Leary had a shorter role in the series as when she attends the festival which occurs every 12 years, she dies of a plague that bursts after the sacrifice of animals and humans.

She starred in eleven episodes of the series from 2012 to 2016. In the series, she appeared alongside Katheryn Winnick, Travis Fimmel, and Nathan O’Toole.

Ruby came to limelight after she twisted her arms very easily on the sets of Viking in front of her other cast members.

As per the Facebook profile of Ruby O’Leary, she is in a dating relationship with Trent Parker since May 31, 2017. Her partner is currently studying at the Emerald Secondary College. However, detailed information regarding their love life is missing.

Previously in 2016, she was romantically liked with a guy named Joaquin Lopes. However, after a short period of their dating relationship, they separated stating the reason as personal issues.