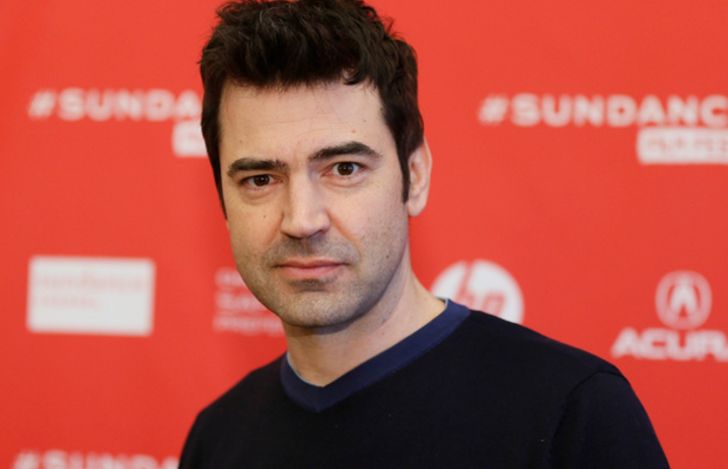 Ron Livingston, a Golden Globe Award-nominated actor is a professional since 1992, who came to fame after portraying Peter Gibbons in the movie Office Space (1999) and as Captain Lewis Nixon in the 2001 miniseries Band of Brothers.

Currently, the American actor appears in the TV series Loudermilk (2017- Present) and in A Million Little Things (2018- Present).

How Much Is Ron Livingston’s Net Worth In 2020?

According to Celebrity Net Worth, Livingston has a net worth of $5 million as of January 2020. With over 27 years of the acting career, Ron records 91 acting credits, which indeed in the main source of his income.

The 52-year-old actor without a doubt makes the salary in the 6-digit figure, though, is yet to reveal the details.

In the United States, on average, the actor earns around $56,000 per year.

The Yale University graduate made his film debut with Straight Talk (1992) starring Dolly Parton & James Wood and made a career breakthrough from Swingers (1996), playing supporting roles to Vince Vaughn and Jon Favreau.

Later in 1999, he appeared in the comedy Office Space opposite Jennifer Aniston.

By 2001, Ron’s fame widened even more after his role as Captain Lewis Nixon in the miniseries Band of Brothers (10 episodes) gained him a nomination for Golden Globe Award.

As for a fact, Livingston played Roger Perron in the horror-hit The Conjuring (2013) starring Vera Farmiga and Patrick Wilson– the film collected $319.5 million & earned him a nomination for Fright Meter Award for Best Supporting Actor.

For his brief appearance in Boardwalk Empire (2013), he was nominated for Screen Actors Guild Award.

Ron appears in the recurring cast in Search Party (2016- Present, 10 episodes) and in A Million Little Things (2018- Present). Moreover, he plays Sam Loudermilk in the American comedy series Loudermilk (2017- Present).

The American actor is set to appear in the comedy-drama film Holly Slept Over (under post-production) alongside Nathalie Emmanuel who is famous for playing Missandei in Game Of Thrones.

Also, his other project isa biographical film PEP, based on former World Boxing Champion Willie Pep- the film is under pre-production.

Adopted 2 Children With Wife: Where Does He Live?

Currently, Ron Livingston lives in his house in Los Angeles, California with his wife Rosemarie DeWitt, an actress. The 5 ft. 10.5 inches tall actor is not active on social media & maintains a low-key lifestyle.

Reportedly, Ron met his future-wife Rosemarie while working in the drama series Standoff (2006- 2007). The duo dated for 3 years before they married on November 2, 2009, in San Francisco.

The couple is yet to share children of their own but is parents to 2 adopted children.

Ronald Joseph Livingston, professionally Ron Livingston was born on June 5, 1967, in Cedar Rapids, Iowa, the USA. His father Kurt Livingston is an aerospace/electronics engineer while mother Linda (née Rinas) is a Lutheran pastor.

The eldest of 4 children, Ron’s brothers: John & Nick are actors while sister Jennifer is a TV news personality at WKBT.

The Marion High School attendant later enrolled at Yale University with Edward Norton and Paul Giamatti and graduated with a double major in Theater and English.