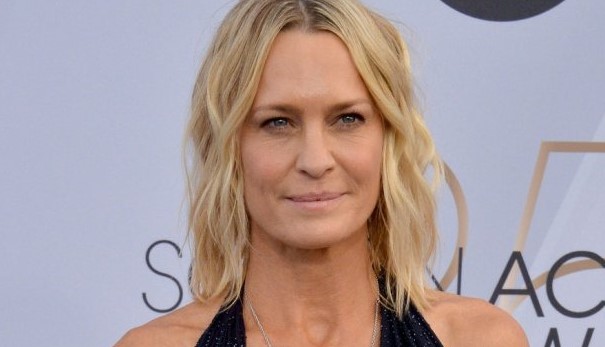 It is hard to reconcile the tortured and, in many ways, innocent Jenny, the doomed lover of Forrest Gump with the poised and powerful Claire Underwood in House of Cards, given they are as polar opposites as two characters can be, but such is the acumen of actress Robin Wright that she plays both the characters to utter perfection.

Wright has been an actress since 1983, and it is apparent from how polished her on-screen aura is, but that speaks nothing of how even as a newbie, Wright was a natural.

Given how respected she is in the industry, it is no stretch to imagine that her net worth and salary would be reflective of her stature, but how much wealth does she actually boast?

What Are The Net Worth And Salary Of Forrest Gump And House of Cards Actress Robin Wright?

As of April 2020, Robin Wright boasts an impressive net worth of $65 million.

Wright made her on-screen debut at age 18 after breaking into the industry as a model at age 14. Her first on-screen role was that of the Kelly Capwell in the NBC Daytime soap opera Santa Barbara.

She made her feature-film debut as the titular Princess Bride, Princess Buttercup in the 1987 fantasy-adventure movie, The Princess Bride. She turned heads as Jenny Curran, the tortured free-spirited love-interest of Tom Hank‘s titular character in the 1994 magical-realism drama movie, Forrest Gump.

In 2013, Wright landed her most revered role to date when she starred alongside Kevin Spacey in the political-thriller-drama series House of Cards. Wright played Claire Underwood, the wife of Spacey’s character Frank Underwood. They played the ruthless politician power-couple and shared screen-time along with critics and fans’ adulation until the fifth season.

When Kevin Spacey was accused of sexual misconduct in the fallout of the #MeToo Movement, Wright took over the mantle as the show’s central character for the show’s sixth and final season.

Throughout its six-season run, House of Cards received numerous awards and accolades. Wright, who more than held her own against acting powerhouse Kevin Spacey, was nominated for several awards herself. Her

From 2013 to 2019 barring 2018, Wright was nominated for consecutive Primetime Emmy Awards. She was also nominated for three Golden Globe Awards and won one in 2013. She also won a Satellite Award in the same year.

We all are aware of the gender pay gap in Hollywood, and Wright’s case was no exception. She made headlines in 2016 when she demanded to be paid as same as her co-star Spacey.

“I was looking at the statistics and Claire Underwood’s character was more popular than [Frank’s] for a period of time, so I capitalized on it. I was like, ‘You better pay me or I’m going to go public,'” Wright said. “And they did.”

Later, in her interview with the United Airlines in-flight magazine Rhapsody, she commented:

As per the report, Spacey was paid $500k per episode, whereas Wright was paid $420k–despite having almost the same screentime and popularity.

Robin Wright is also a philanthropist. She is a spokesperson for The Gordie Foundation, which raises awareness on alcohol and the dangers of peer pressure and alcohol-related hazing rituals on students.

Wright is also an influential activist for human rights in such war-torn countries as the Democratic Republic of the Congo. She is a spokesperson for Pour Les Femmes and The SunnyLion. which donates its profits to the Raise Hope For Congo movement.

She also narrated and produced on the When Elephants Fight documentary, which chronicles the civil war among the warring corporations in Congo. Wright also advocates for the Stand With Congo campaign.

Robin Wright is also an equal-rights activist who has championed equal pay for all. She demanded that she be paid equal to what Spacey was being paid for his starring role in House of Cards as she saw both characters were on equal footing. Netflix acquiesced, and by 2016, she was being paid $420k per episode.

With the money she was making from her stint in House of Cards, Wright was able to afford a $3 Million Manhattan apartment in 2016.

The apartment in the high-end West Village of Manhattan has two bedrooms and two bathrooms. The high-ceiling apartment has solid oak flooring and doors. The living room has a built-in marble fireplace and a balcony overlooking the garden and the sleek neighborhood.

The kitchen is sleek with white subway tiling, marble countertops, a breakfast bar, and an adjoining dining quarters.

She started modeling by age 14 and traveled to such places as Paris and Japan.

While working on the soap opera Santa Barbara, Robin met and fell in love with her co-star, Dane Witherspoon. They got married in 1986 but divorced two years later, in 1988.

In 1990, while filming the movie State of Grace, Wright got involved with actor Sean Penn. Penn had just gotten out of a marriage with Madonna, and the two started dating in 1989.

They dated on-and-off-again for seven years and had two children born out of wedlock: daughter Dylan Frances Penn (born on April 13, 1991), and son Hopper Jack Penn (born on August 6, 1993).

They did get around to getting married and had an intimate ceremony on April 27, 1996, where they exchanged wedding vows. Their marriage was turbulent with divorce petitions and withdrawals before they called off their wedding for good on July 22, 2010.

In February 2012, Wright started dating actor Ben Foster. They got engaged in January 2014 but called off their engagement.

As of August 11, 2018, Wright has been married to Saint Laurent executive Clement Giraudet. They had a shotgun wedding in La Roche-sur-le-Buis, France.