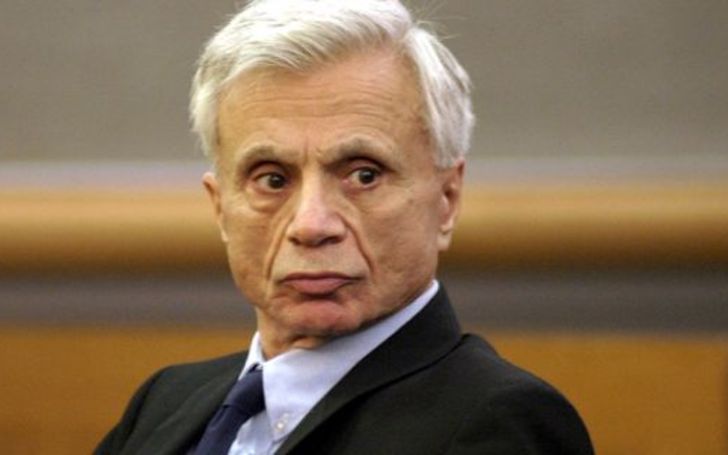 Robert Blake, 86, is an American actor who is best known for his performance in the 1967 film In Cold Blood. He is widely popular for playing Detective Anthony Vincenzo Baretta in an American detective TV series Baretta.

Blake made his acting debut as a child actor in the 1939 movie Bridal Suite where he played Toto. He then appeared in MGM’s Our Gang short subjects. Altogether Robert appeared in 40 of the shorts subjects from 1939 to 1944. Some of his notable film works are Tell Them Willie Boy Is Here, Corky, Electra Glide in Blue, Busting, Coast to Coast, and Money Train.

Blake was born Michael James Gubitosi on 18th September 1933 in Nutley, New Jersey, the United States of America to Elizabeth Cafone and Giacomo Gubitosi. He is American as per his nationality and has white ethnic descent.

Blake grew up alongside his siblings Joan and James in his hometown. He is 86 years old as of 2019.

How Rich Is Baretta Actor?

According to Celebrity Net Worth, Robert’s net worth was estimated at around -$3 million in 2018, while no update on his current fortune is out yet. The retired actor’s primary source of income was his acting career.

Blake made his acting at a young age from the MGM movie Bridal Suite where he appeared as Toto. He began appearing in MGM’s Our Gang short subjects replacing Eugene “Porky” Lee and appeared in 40 of the shorts from 1939-1944.

In 1995, Robert was honored by the Young Artist Foundation with its Former Child Star “Lifetime Achievement” Award for his performance in Our Gang.

During the early stage of his career, he appeared in films like The Big Noise, Humoresque, The Treasure of the Sierra Madre, and more.

In 1950, Blake was drafted into the Army and served Army until the age of 21. He then entered Jeff Corey’s acting class and began working on improving his personal and professional life.

As an adult, he performed in numerous motion pictures including the starring role in The Purple Gang. In 1969, Robert played a Native American fugitive in Tell Them Willie Boy Is Here and a TV movie adaptation of Of Mice and Men in 1981.

He made his breakthrough from the popular television series Baretta where he played Detective Anthony Vincenzo Baretta alongside Dana Elcar, Tom Ewell, and Michael D. Roberts. Blake won an Emmy Award for his performance in the show.

From the 1980s to the 1990s, he appeared mostly in television films like Blood Feud and Judgement Day: The John List Story which earned him a third Emmy nomination. In 1995, he played in the theatrical movies Money Train and Lost Highway.

After appearing the 1997 movie Lost Highway, Blake has not made an on-screen appearance.

Who Is Robert Blake’s Wife?

The 86-year-old actor is currently married to Pamela Hudak, who tied the knot in April 2017. They knew each other for decades.

But, after a year of marriage, the couple filed for divorce on 7th December 2018, which was finalized in early 2019.

Prior to Pamela, he was in a marital relationship with Sondra Kerr, they exchanged vows on 25th November 1961 and welcomed two children, Noah Blake and Delinah Blake.

However, the couple separated after 22 years of marriage and divorced on 12th September 1983.

His second marriage was with a woman named Bonnie Lee Bakely. They exchanged their wedding vows on 19th November 2000 and shared a daughter named Rosie. The couple was together until her death on 4th May 2001.

Did You Know? Blake was Bonnie’s tenth husband.

Bonnie’s Murder: What Was The Reason Behind Conspiracy?

On 4th May 2001, Robert took his second wife for dinner at Vitello’s Restaurant at 4349 Tujunga Avenue in Studio City. Bonnie was fatally shot in the head while sitting in his vehicle which was parked on a side street around the corner from the restaurant.

A key event that gave the LAPD the confidence to arrest Blake was when a retired stuntman named Ronald “Duffy” Hambleton agreed to testify against him. He reported that Blake tried to hire him to kill Bakley.

On 22nd April 2002, Robert was charged with one count of murder with special circumstances, an offense which carried a possible death penalty. Likewise, he was also charged with two counts of solicitation of murder and one count of conspiracy to commit murder.

As per investigations, the gun Robert claimed to have left in the restaurant was not the murder weapon.

Robert entered a plea of not guilty to all charges. Three days later, the LA District Attorney’s office announced that it would not seek the death penalty against Blake if he was convicted.

Robert posted $1 million bail for Caldwell who later got released but a judge denied bail for Blake himself. He was granted bail on 13th March 2003 which was set at $1.5 million after almost a year in jail.

On 18th November 2005, a jury found Robert liable for the wrongful death of his wife and ordered him to pay $30 million. The figure was eventually cut down to $15 million.

As per the defense prosecutor, Blake allegedly killed his wife to free himself from a loveless marriage.

On 4th February 2006, the actor filed for bankruptcy listing $3 million in liabilities for unpaid legal fees as well as state and federal taxes.

Due to his legal problems, Robert stated that he might return to acting someday in order to help himself financially.

Robert reportedly resides in Los Angeles, California where the median house price ranges around $713,617 which can go up to millions.

He previously owns a 5,000 square feet ranch-style house in Studio City with 7 bedrooms and 6.5 bathrooms. The actor sold the condo for $4.076 million.