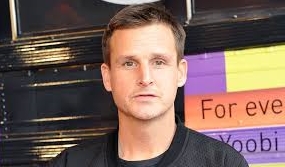 Reality TV and skateboarding star Rob Dyrdek is one of the best-known TV skaters. In addition to this, he is also an entrepreneur who has invested in various businesses and startups. In fact, Dyrdek is a prominent investor in some of the world’s biggest brands.

One of his best-known business ventures is Street League Skateboarding, which he founded more than a decade ago. The competition has grown into one of the biggest skateboarding events in the world.

What Is Rob Dyrdek’s Net Worth?

His fortune comes primarily from his work as a skater who appears in shows like ‘Rob & Big’ and Rob Dyrdek’s Fantasy Factory.

The record-breaking skater turned professional when he was just 16 in 1991. He started his own company called Alien Workshop.

In addition to this, he also earned $60,000 per episode as per data from Comparilist.

Rob is a multimillionaire, and he owns a lot of expensive houses. He owns a house in Mulholland Estates, Los Angeles, California, USA.

He also sold another house in Hollywood Hills West in November 2012. The residence consisting of five bedrooms and five bathrooms was sold for $2.125 million.

Start Of Career As A Skateboarder And TV Personality

When Dyrdek was 16 years old, he went to SoCal, dropping out of high school to pursue a career in professional skating.

Then he started incorporating his passion for skating into his business. Growing up, he saw the ‘do it yourself’ trend of skateboarders, which would later inspire his skateboard building business and shows.

Rob began his career on TV in November 2006 with the show Rob & Big. The show aired till April 2008 and when the show was running in which he broke 2 Guinness World Records.

He made the record for eating the most powdered-sugar doughnuts in less than three minutes and eating the most bananas in one minute. Then in 2009, he started the TV show Dyrdek’s Fantasy Factory. On the show, he had a complex spread over 25,000, consisting of a skateboarding warehouse.

Career In Business And Startups

The skater is also an established businessman; in fact, he has established many brands and companies. Neil Blender started Alien Workshop in which Rob was a team rider, but he later acquired the company in 2012.

Rob Dyrdek and Brian Atlas founded Street League Skateboarding, which is one of the biggest skating series in the world and had the biggest prize money for a skating competition worth $1.6 million in 2011.

Later he and Tony Hawk were interviewed on why skaters make good investors.

Apart from this, he also owns a shoe line which is also a big part of his earning.

Rob Dyrdek was born Robert Stanley Dyrdek on June 28, 1974 (age 45 years old as of February 2020) in Kettering, Ohio, U.S. to Gene Dyrdek and Patty Dyrdek. He grew up around with a sister named Denise Dyrdek. Right from when he was a little, he was interested in skateboarding.

In fact, he has said that he would go to school, and after returning home, he would skateboard until he was made to come in.

He married long-time girlfriend, Bryiana Noelle Flores on September 19, 2015. Their first child, a boy, was born on September 9, 2016. Then they gave birth to a daughter named Nala Ryan Dyrdek in December 2017.