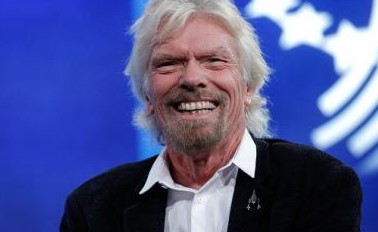 Didn’t we all hear The Exorcist’s opening theme and fell in love with it? The theme taken from the multi-million selling album Tubular Bells was released by the record label founded by business mogul Richard Branson.

Branson established the multinational venture capital conglomerate, Virgin Group Ltd., 50 years ago. Today, he is counted under the most influential people and one of the wealthiest people in the world.

What’s Richard Branson Net Worth in 2020?

Branson’s net worth is estimated to be $5.1 billion, according to celebrity net worth.

The business magnate owes his jaw-dropping fortune to the multi-industry company, The Virgin Group. It has more than 200 entertainment, media, and travel companies around the world.

However, Virgin Group isn’t his first business endeavour. At the age of 16, as a high-school drop-out, Branson launched a magazine called Student. The magazine’s first issue appeared in January 1968, and though it did not garner huge success, he was able to sell almost $8,000 worth of advertising. His estimated net worth at the time was around £50,000.

How Brenson Grew His Start-Up Into A Multi-Billion Dollar Industry?

After dropping out of high school, Richard Branson initiated a mail-order record business, using Student magazine office as an operating base. He eventually started a record shop in Oxford Street in London.

Though at this time around, he paid £70,000 fine after selling records that were declared as export stock, he had earned enough money from the store to launch a record label called Virgin Records with Nik Powell. Branson’s early employees recommended the name “Virgin” since they were all new at business.

By the end of the decade, Branson’s net worth was estimated at £5 million, and Virgin Records had become one of the top six record companies in the world, with branches in Germany, France, and Japan.

During the 1980s, Branson expanded his horizons from record labels to airline and package holiday industries. He formed Virgin Atlantic Airways and Virgin Cargo in 1984, and Virgin Holidays a year later.

In 1992, he sold the start business of the Virgin empire, Virgin label, to EMI for £500 million, a bittersweet parting that left him weeping and upset for days. Following year, Brenson entered into the railway business, Virgin Trains and wireless communication brand, Virgin Mobile. He also created V2 Records to re-enter the music business.

At present, the Virgin Group controls more than 400 companies in various fields. The company’s net worth is estimated at £ 5–5.5 billion. According to Forbes, Branson is involved in the cruise business with Virgin Voyages and is expected to take its first passengers in 2020. Below is the timeline of the business magnate earnings throughout the year:

Richard Branson has authored 11 books as of now. His first book is titled. Losing My Virginity: How I Have Survived, Had Fun, and Made a Fortune Doing Business My Way.

Since then, he has published books as Screw It, Let’s Do It, Let’s Not Screw It, Let’s Just Do it, Arctic Diary: Surviving on Thin Ice, Business Stripped Bare, Reach for the Skies: Ballooning, Birdmen and Blasting into Space, Screw Business as Usual, Globalisation Laid Bare: Lessons in International Business, Like a Virgin: Secrets They Won’t Teach You at Business School, The Virgin Way: How to Listen, Learn, Laugh and Lead, and Finding My Virginity.

Richard bought the 74-acre island located at the British Virgin Islands for $180,000, a 97% discount from an initial asking price. Today Necker Island is likely worth $200 million if Brenson would be willing to sell, that is. It has attracted high-profile guests from Princess Diana to former President Barack Obama.

Kate Moss had given her 40th birthday party on Necker, and Google co-founder Larry Page exchanged his wedding vow on the island. With two infinity pools, a swim-up bar, a hot tub that fits 30, a personal chef, and around 100 employees, the whole island rent for a day is $78,000, while individual room cost starts at $4,280 per night, for a week minimum.

The 2017 Hurricane Irma damaged the property. Luckily, there were no guests on Island at the time, and no staff sustained injury.

However, this isn’t the first tragedy that struck the tropical paradise. In 2011, Hurricane Irene caused the lightning to hit the house, which immediately caught fire.

Fortunately, the people staying at the island were able to escape unhurt from the fire. The house was rebuilt after the incident, taking inspiration from Balinese architecture for the re-modelling.

The 69 years old businessman owns a luxurious lodge at Verbier, Switzerland. In 2015, Branson bought an estate in Mallorca, Spain, for about $14.3 million with the hope of converting it into Europe’s best eco-resort.

Besides, Richard also owns a private island, Makepeace Island, located off the coast of Noosa in Queensland, Australia. He purchased the island in 2003 with two other partners for nearly $3 million, according to CNBC.

Richard Branson’s father, Edward James Branson, worked as a barrister, while his mother, Eve Branson, is a philanthropist and child welfare advocate. Eve is also a former ballet dancer and air hostess.

Richard is the grandson of the Right Honourable Sir George Arthur Harwin Branson, Judge of the High Court of Justice.

In an interview with Piers Morgan, Branson revealed that he and Templeman had a daughter, Clare Sarah Branson, born in 1979, who died when she was just four days old due to premature birth.

Branson married Kristen Tomassi in 1972; however, the couple separated in 1979.