Rapper Tekashi 6ix9ine Is Facing $150 Million Lawsuit For This Reason 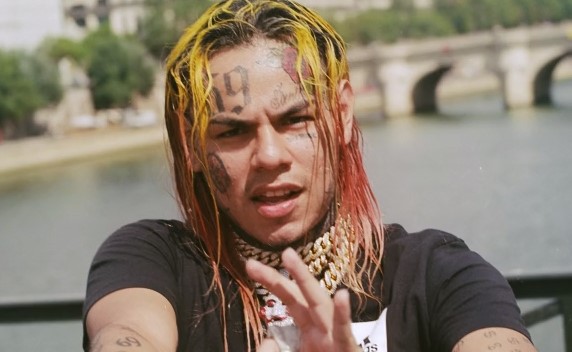 Daniel Hernandez, professionally known as Tekashi 6ix9ine, is filed with a lawsuit worth $150 million. An anonymous lady identified as “Jane Doe” is suing 6ix9ine, claiming that she is the victim of the 2018 shooting between the rapper and his Nine Trey Blood gang.

Doe also said that due to the injuries in the violent melee attack in the country yard of Brooklyn’s Smurf Village, she failed her chance to enter the police academy.

In the lawsuit, she disclosed:

I attended the filming of the rapper’s 2018 music video shoot in the courtyard of the ‘Smurf Village’ complex in Brooklyn. At the same time, members of the Nine Trey Bloods were also in attendance and a few responsible for 6ix9ine’s previous kidnapping.

6ix9ine gave the order to start shooting and bullets starting flying in the crowd. At the time, I was hit by a stray bullet striking my left foot and hurt my knee while falling back on the ground.

Due to the severe injuries, the woman underwent a series of surgery and physical therapies which not only destroyed her plan of becoming a police officer but also forced to quit her retail job.

Back in December 2019, the rapper was jailed for 24 months. After his arrest, he reportedly apologized to Jane Doe and offered to pay her medical bills. It seems that Doe was not satisfied with the offer and is suing 6ix9ine for $150 million in damages.

On the other hand, the rapper’s attorney, Dawn Florio opinioned:

It’s suspicious that the plaintiff only sued Daniel Hernandez, who was never identified as the shooter in her case. The plaintiff did not appeal to the persons involved in her shooting. To be clear, Daniel did not shoot her.

After the statement, the victim revealed that she is also suing Prime Protective Bureau and Fulton Park Associates for failing to provide their promised 24 hours security for the resident of Smurf Village.

As a matter of fact, it is the third lawsuit against the infamous rapper this month only. His other charges include:

How Much Is The Net Worth Of American Rapper 6ix9ine?

He makes his fortune from his career as an American rapper and singer.