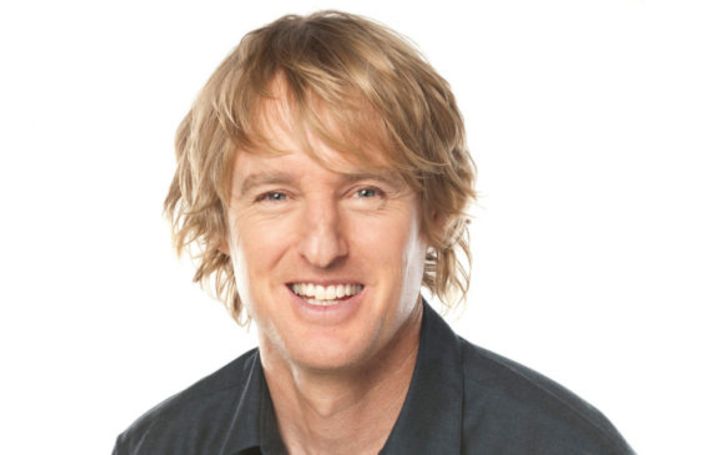 Academy Award-nominee Owen Wilson, is a 52-year-old American actor, producer, and screenwriter who is widely popular for voicing Lightning McQueen in the Cars franchise.

Wilson made his film debut in 1996 from Bottle Rocket which he co-wrote along with Wes Anderson. He then appeared in numerous films and TV shows like Anaconda, Armageddon, Zoolander, Cars, Night at the Museum: Secret of the Tomb.

Life About Of Owen Wilson

Owen Cunningham Wilson was born on 18th November 1968 in Dallas, Texas, the United States of America to Laura Wilson and Robert Andrew Wilson. He has Irish descent and is American as per his nationality.

He grew up alongside his brothers Luke and Andrew, who both are actors. He went to New Mexico Military Institute and the University of Texas at Austin from where he earned his Bachelor of Arts degree in English.

How Rich Is Owen?

According to Celebrity Net Worth, Wilson is estimated at around $70 million as of January 2020. His primary source of income is his career as an actor, screenwriter, and producer.

As per various sources, Owen made about $29 million and $19.5 million in 2009 and 2010 respectively from his royalties from older films and recent movies like Night at the Museum: Battle of the Smithsonian, Little Fockers, Marley & Me, How Do You Know, and several others.

So far, in his career, he received the highest payout for Wedding Crashers which was $15 million. Likewise, he also earned $10 million for his appearance in Starsky & Hutch.

As per various online sources, Wilson currently resides in Pacific Palisades, California. He reportedly owns a 1,522 square feet house with three bedrooms and two bathrooms in the area worth $1,524,000.

He also owns a beach house in Malibu, California where the average house price ranges around $2,192,636.

How Did He Rise To The Spotlight?

Wilson made his film debut in the 1996 film Bottle Rocket which he co-wrote with Wes Anderson. The duo also wrote scripts for two directorial films Rushmore and The Royal Tenenbaums (which earned him an Academy Award-nomination for Best Original Screenplay).

Owen’s early career film credit includes Anaconda, Armageddon, The Haunting, Permanent Midnight, and The Minus Man. He made his breakthrough from the 2000 comedy action film Shanghai Noon where he starred alongside Jackie Chan.

In 2001, Wilson starred along with Ben Stiller, Will Ferrell, Christine Taylor, and Jon Voight in the American action comedy film Zoolander. He then appeared in films as I Spy alongside Eddie Murphy, Shanghai Knights, Wedding Crashers, Night at the Museum, The Cable Guy, and many more.

As of 2006, Owen voiced Lightning McQueen in the Disney/Pixar film Cars. He also voiced McQueen in Cars 2, Mater and the Ghostlight, and Cars 3.

In 2015, Wilson co-starred alongside Jennifer Aniston, Imogen Poots, and Will Forte in She’s Funny That Way. Likewise, in 2017, he played Kyle Reynolds in Father Figures along with Ed Helms, Katt Williams, and Glenn Close.

His upcoming projects are The French Dispatch, Bliss, and Marry Me. All three movies are currently in post-production.

The 52-year-old actor has been involved in several philanthropic works apart from his professions. Some of the foundations which Wilson supports are:

Is Owen Dating Anyone?

The Zoolander actor is currently in a romantic relationship with his on-again-off-again girlfriend Caroline Lindqvist. The couple began dating in 2003 after meeting at a party.

Since then, their relationship has been like a roller coaster ride. In January 2014, Caroline and Owen welcomed a son Finn Lindqvist Wilson.

Prior to this, Wilson dated Jade Duell from December 2009 to June 2011. The duo shares a son named Robert Ford Wilson born on 14th January 2011. He also shares a daughter with ex-girlfriend Varunie Vongsvirates named Lyla born in October 2018.

Did You Know? Owen has never seen his daughter Lyla to date.