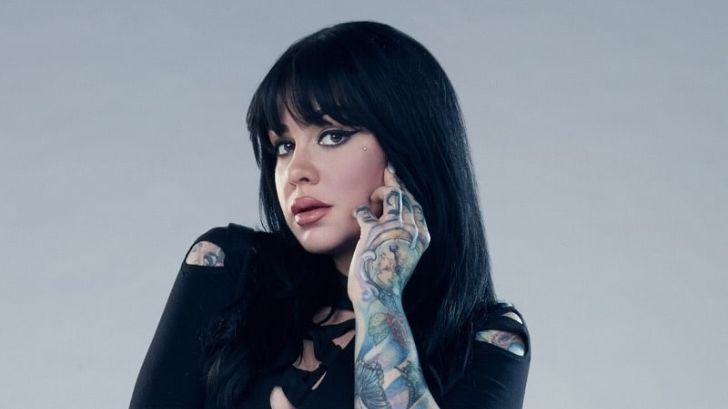 Nikki Simpson, an American tattoo artist & enthusiast whose tattoo talent has grabbed her massive fame on social media. Simpson rose to TV fame after she competed in Season 8 of Ink Master and later appeared in its spin-off Ink Master: Angels (2017- 2018).

Considered among the aspiring female tattoo artists, Nikki is trademarked for her detailed black and grey lady faces tattoo with single pops of color.

Nikki Simpson started her career in tattooing at the age of 19 & formerly worked in Generation8 in Los Angeles. In 2016, Simpson competed in the tattoo reality competition Ink Master, Season 8, & finished 5th out of 18 participants- Ryan Ashley Malarkey was the winner.

By 2017, Simpson gained her breakthrough to TV as she became a judge for the Ink Master spin-off series Ink Master: Angels. It also included Ryan Ashely, Kelly Doty, and Gia Rose (only Season 1) on the judging panel.

The reality series showcased their head-to-head battle with other local artists in tattoo challenges. It premiered on October 3, 2017, and concluded after 2 seasons (11 episodes & 10 episodes respectively) on May 29, 2018.

What Is Nikki Currently Doing?

Furthermore, an avid user of Instagram & Twitter, Nikki often showcases her tattoo works on the social media platform. As of May 2020, she has over 233K followers on Instagram (@nikkisimpsontattoos) and her Twitter (@nsimpsontattoos) followers are over 23.1K.

Who Is Nikki Simpson’s Husband? Do They Have Any Child?

The American tattoo artist enjoys a blissful relationship with her boyfriend-turned-husband Tim Goergen. Her spouse Tim worked as a vocalist for the band Within The Ruins & is now co-owner of EverBlack Tattoo Studio.

They began dating in late 2015 & exchanged vows after 4 years of dating, in December 2019, and shared the snaps of her wedding on her Instagram. She often posts photos with her husband Tim.

Professional for over a decade, Simpson’s career as a tattoo artist is the major source of her income. As of November 2022, Nikki Simpson has a net worth of $200,000 & lives in Brooklyn, New York City.

On average, a tattoo artist in the United States earns a salary of $54516 per year.