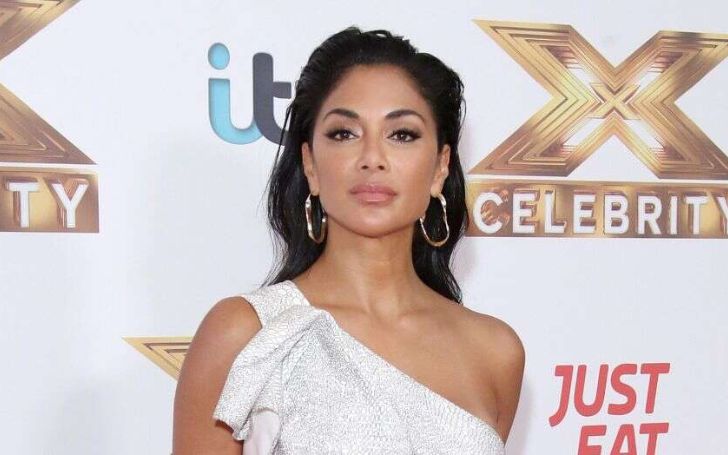 Nicole Scherzinger is an American actress, singer as well as a dancer. She widely recognized as a member of The Pussycat Dolls and also well-known for their hits Stick Wit U and Don’t Cha. The lady is also famous for winning the Dancing with the Stars of 2010. Further, Nicole has also starred in movies such as Men in Black 2 and Moana.

Nicole Scherzinger was born in Honolulu as Nicole Prescovia Elikolani Valiente on June 29th, 1978. As per her nationality, she is American and is of mixed (Filipino, Native Hawaiian, Ukrainian) ethnicity.

Nicole is the daughter of a mother, Rosemary Elikolani, and a father, Alfonso Valiente. During childhood, her parents got divorced, and then she moved to Louisville, Kentucky, with her mother when she was just six years of age.

The 44 years old,  Nicole Scherzinger is yet to be married but she has gone through several relationship. As of now she is reportedly dating former rugby star, Thom Evans. The pair met when Thom auditioned alongside his teammates as a singing band, Try Star on The X Factor: Celebrity.

They publicized their relationship in January of this year while walking the red carpet together at the 21st Annual InStyle and Warner Bros.

While talking about her past, she was engaged with, Nick Hexum, who is well known as a lead singer of a band named 311. They were in a relationship from 2000 to 2004.

Scherzinger was also in a romantic relationship with Lewis Hamilton, who is a British racing driver. The duo first met at the MTV Europe Music Awards of 2007, which was held in Munich. Later, in 2015 February, their relationship ended.

There also has been a rumor that she was dating a guy named Grigor Dimitrov, who is a Bulgarian tennis player by profession.

Apart from her love life, Nicole was also involved in the charity single, which was written by American musicians Michael Jackson and Lionel Richie, We Are the World 25 for Haiti and Wyclef Jean’s Hope for Haiti Now: A Global Benefit for Earthquake Relief.

The American actress has an estimated net worth of $14 million as of September 2022. She gathered a decent amount of fortune from her professional career.

Later, she gave her continuous appearances in the following series, such as My Wife and Kids, Half & Half, Wanda at Large, Dancing with the Stars, and many more.