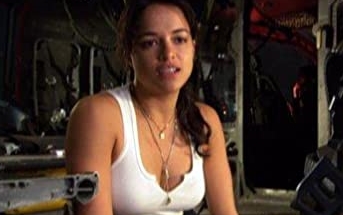 Actor Michelle Rodriguez is perhaps best known for her role in the multimillion-dollar grossing movie Fast & Furious franchise-sharing screen with Vin Diesel, late Paul Walker, Jordana Brewster, Dwayne Johnson, and Charlize Theron to name a few. Starting her career out in 2000, she slowly made herself a popular actor in film and on TV.

Rodriguez has also worked on several TV shows in addition to her film career. Most notably as Ana Lucia Cortez on the hit TV series Lost and Liz Ricarro on Immortal Grand Prix.

How Much Is Michelle Rodriguez’s Net Worth In 2020?

Michelle Rodriguez has a net worth of around $30 Million as of May 2020. She made this net worth primarily as an actress working on several blockbuster hits.

Rodriguez’s first on-screen appearance came in 2000 on Girlfight. The role was an instant hit and got her performance landed her a slew of awards.

The star has a very high salary and took home $5,000,000 for her role as Letty Ortiz on Fast & Furious 6. Similarly, she has starred in a lot of box office hits over the years.

In fact, according to various online sources her collective box office collection is more than $5 Billion. Here is a list of the box office earnings of her movie over the years.

Rodriguez’s first altercation with the law was in March 2002 when she was arrested for fighting her roommate.

Although the fight was public, the roommate did not press charges later on. Then, in November 2003 she was charged with 8 misdemeanor counts related to driving incidents.

The charges included hit and run and a DUI. She pleaded no contest to 3 of the charges and was given 2 days in jail with community service, an alcohol program, and 3-year’s probation. She got in trouble for driving violations again in 2005 in Hawaii.

She had to choose between a $500 fine or 5 days in jail for driving under the influence.

This incident violated the terms of her probation and she was sentenced to 60 days in jail with a month alcohol rehabilitation program and another month of community service.

The actress did not have to do time as the jail was overcrowded at the time.

After this, she violated her terms of release again by not completing her community service and was sentenced to 180 days in jail.

She got out after 18 days because of overcrowding in the jail again.

Michelle Rodriguez was born Mayte Michelle Rodríguez on July 12, 1978, in San Antonio, Texas, U.S. to Carmen Milady Pared and Rafael Rodriguez. She had a rebellious childhood and was expelled from 5 schools and dropped out of William L. Dickinson High School.

Rodriguez is openly bisexual and has revealed that she has dated multiple women and men. She was engaged to a man but broke it off in 2000. Rodriguez cited that her then-fiancé made religious requests that she did not agree with.