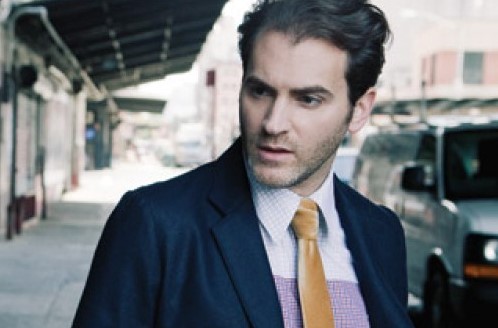 Michael Stuhlbarg is an actor known for his portrayal of real-life people and his work on-stage in various theatre productions of well-known works. He started his career back in 1992; from then on, he has become a prominent actor both on-screen and on-stage.

The Golden Globe-nominated actor has also had a decent career on TV and is well known for his role as Arnold Rothstein on the critically acclaimed show Boardwalk Empire.

What Is The Net Worth Of Michael Stuhlbarg?

Michael Stuhlbarg has a net worth of around $3 million in April 2020. The bulk of his net worth comes from his career as an actor on-screen.

Similarly, he also earns a lot of money from his work on stage, on average theatre actors earn around $1,145.70 per week.

Stuhlbarg’s career on film kicked off with the film A Price Above Rubies in 1998. Then, a year later, he starred in Macbeth in Manhattan.

In 2001, his film The Grey Zone came out, after this, he took a short hiatus before returning to the big screen in 2008 with two films, Afterschool, and Body of Lies. He worked in another two films titled, Cold Souls and A Serious Man.

He worked on the critically acclaimed film Hugo directed by Martin Scorsese, the film came out in 2011 and was well received by audiences.

The next year, in 2012, he worked on multiple hit films like Men in Black 3, Seven Psychopaths, Lincoln (directed by Steven Spielberg), Hitchcock, etc. He played Dr. Flicker on Blue Jasmine in 2013. In 2014, he worked on Cut Bank and Pawn Sacrifice.

Steve Jobs, the biopic, came out in 2015, the same year, his films Trumbo and Miles Ahead were also released. He entered the Marvel Cinematic Universe in 2016 with the film Doctor Strange where he starred alongside Benedict Cumberbatch.

Some of his other well-known films are Call Me by Your Name, The Shape of Water, The Post, etc.

Similarly, he started his TV career in 1998 in a minor role on the TV show Prey. After a year, he played a role in the TV film The Hunley. Then, like his film career, he took a short hiatus returning in 2006, starring on Law & Order: Criminal Intent.

He had recurring roles in Studio 60 on the Sunset Strip and The American Experience in the same year. After appearing on Law & Order and Ugly Betty, he got a main role in the show Boardwalk Empire; he played Arnold Rothstein on the show from 2010 to 2013.

The Looming Tower, Fargo, and Traitors are also popular shows in Stuhlbarg’s filmography.

As on-screen, he is also well-known for his stage work. He has starred in productions of Woyzeck, and All’s Well That Ends Well, Three Men on a Horse, The Government Inspector, etc.

For his work on the theatre, he has won a Drama Desk Award, an Obie Award, and a Joe A. Callaway Award. In addition to this, he has also been nominated for a Lucille Lortel Awards and a Tony Award.

Interesting: He is the sixth actor to work in the 3 Academy Award for Best Picture nominated films in the same year.

Michael Stuhlbarg was born on July 5, 1968, in Long Beach, California, U.S. to Mort Stuhlbarg and Susan Stuhlbarg. He studied at his local schools before graduating from high school and getting a Bachelor of Fine Arts degree in 1992 from Juilliard.

According to various online sources, he is married to Mai-Linh Lofgren as of April 2020. They tied the knot in 2013. They have not revealed information about their children.