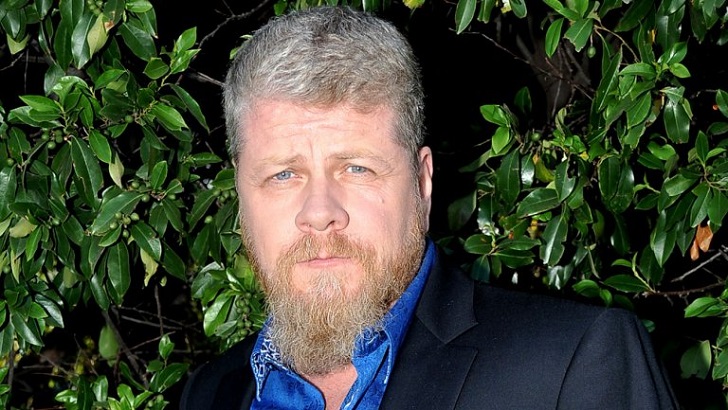 Michel reached the pinnacle of his career following his breakout role of Sergeant Abraham Ford on the AMC highly-rated horror series The Walking Dead. The actor also became the number one fan pick for a series, although his character Abraham was killed off in its 7th Season premiere.

Cudlitz also has become a veteran behind the camera after returning to AMC as a director and landed his first directorial gig for the show in its 9th season’s episode.

Along with the career that spanned over three-decade in the industry, Michel holds considerable wealth so far.

What Is The Net Worth Of Michel Cudlitz In 2020?

Michel has an estimated net worth of $2 million in 2020, according to Celebrity Net Worth. He bosted a significant portion of his fortune from his acting and occasional directorial jobs.

The actor made his acting debut with a role in the 1989 film Crystal Ball. He later held numerous iconic roles working in dozens of movies and TV shows like CSI: Crime Scene Investigation, the HBO miniseries Band of Brothers, and more.

From 2009-13, the star portrayed John Cooper (the longest TV role he has ever played) on the TNT drama series Southland. The role in a show also earned him the Critics’ Choice Television Award for Best Supporting Actor in a Drama Series in 2013.

Sharing the screen alongside Andrew Lincoln, Jon Bernthal, Sarah Wayne Callies, Laurie Holden, and Jeffrey DeMunn, Michael played on the AMC horror series The Walking Dead until his portrayal of Abraham Ford killed off in Season 7 The Day Will Come When You Won’t Be‘s premiere. Cudlitzlater returned to the AMC’s series as a director and has already worked in three episodes of its seasons 9-10.

Besides, Michel also appeared in many hit movies like Surrogates (2009) that grossed over $122 million at the box office. The movie starred Bruce Willis, Radha Mitchell, and more.

Cudltz owns a house in Los Angeles, California. According to public records, he bought the property for $260,000 back in Dec of 1992.

Spreading out in 2,546 sq ft, the mansion boasts four bedrooms and two bathrooms.

Michel Cudltz was born on December 29, 1964, in Long Island, New York. But, he spent the majority of his childhood in Lakewood Township, New Jersey, along with his family.

He did his schooling from Lakewood High School in 1982. He later went on to enroll at the California Institute of the Arts and obtained a Bachelor of Fine Arts in 1990.

The Walking Dead star is married to his college sweetheart Rachael Cudlitz, an actress. The couple first met when both of them were students at the California Institute of Arts.

Neither Michel nor his spouse Rachael had revealed when they started dating and got married. But, they are blessed with twin sons, Mason Cudltz and Max Cudltz, born on February 12, 1997, in LA.