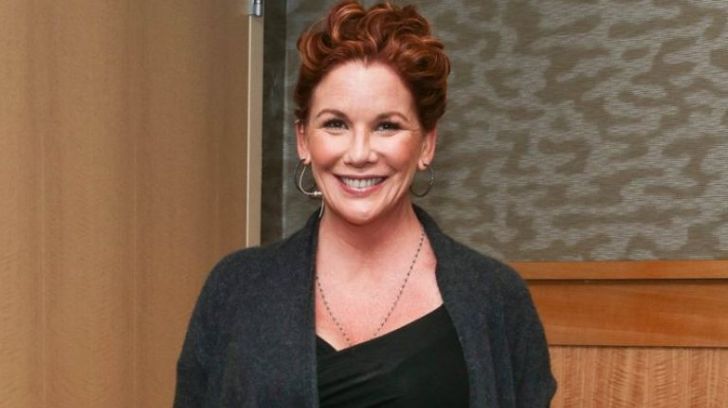 Melissa Gilbert, the two-time Young Artist Award-winning American actress TV director & politician got a breakthrough in acting career through the NBC series Little House on the Prairie (1974- 1983). Furthermore, from 1994 to 1995, she played main cast Kate Delacroy in Sweet Justice (22 episodes).

Melissa Ellen Gilbert was born on May 8, 1964, in Los Angeles, California, the USA, to Kathy Wood and David Darlington. Soon after her birth, she was adopted by Paul Gilbert (an actor & comedian) and Barbara Crane (an actress & dancer). When Gilbert was 8, her adoptive parents divorced.

Along with Melissa herself, reportedly, Paul and Barbara also adopted Jonathan Gilbert, who is now a TV actor.  It made her the granddaughter of The Honeymooners creator Harry Crane (maternal grandfather).

After adoptive actor parents (Paul and Barbara) divorced in 1972, Barbara married Harold Abeles. They welcomed daughter Sara Gilbert on January 29, 1975; she is the adoptive half-sister of Melissa and is an actress famous for TV series Roseanne (1988- 1997).

Gilbert’s adoptive father Paul died on February 13, 1976, when she was 11 years old. According to her 2009 autobiography, Prairie Tale: A Memoir, she then believed that her father died of a stroke, however, the actress later realized that Paul was a VA patient & took his own life.

Melissa Married Thrice & Divorced With Two: How Many Children She Has?

The 5 ft. 3 inches tall actress has been married thrice & already divorced with two; from those relationships, she is the mother to 2 children. Currently, Melissa Gilbert lives with her third husband actor Timothy Busfield in New York City.

She and Timothy married on April 24, 2013, after 3 months of engagement. The duo is yet to have children of their own.

Prior to Busfield, Gilbert divorced with 2 husbands & welcomed a child with each; both sons.

Firstly, she was in a marital relationship with American actor Bo Brinkman; they married on February 21, 1988- it was after 7 weeks of Gilbert’s break-up with then-boyfriend Rob Lowe.

Together, Melissa and Bo became parents to son Dakota Brinkman, on May 1, 1989. Later, they divorced on February 14, 1994, following 2 years of filling.

Reportedly, while the Little House on the Prairieactress’ divorce was on the process, she met with actor & writer Bruce Boxleitner. As for a fact, Bruce’s ex-wife Kathryn Holcomb set him up with Melissa Gilbert.

Later, Gilbert and Bruce began dating in 1992 & were in an on-off relationship for a couple of years; even more, they had engaged twice & called off.  She and Bruce (her second husband) then re-united for the third time & eventually got married on January 1, 1995.

Together with Bruce, Melissa welcomed son Michael Garrett Boxleitner, on October 6, 1995, at the age of 31.

After 16 years of marriage, Gilbert and Boxleitner called quits & divorced on August 25, 2011.

Interesting Facts:  Both ex-husbands (Bo and Bruce) of Melissa played Confederate officers in ‘Gods and Generals’ (2003).

According to her 2009 autobiography, Melissa Gilbert has battled with alcoholism as well as drug abuse; she is now sober.

Back on July 22, 2010, the American actress underwent surgery of her back which was successful. Reportedly, she had been working in Little House on the Prairie with a broken back for months & went through surgery- replaced a disc & fuse a vertebra in her lower spine.

As for a fact, during her 20s, Gilbert had a breast implant which she removed in January 2015 due to health concerns at the age of 51.

Did you know? While competing in Season 14 of Dancing with the Stars in 2012, she fell while performing Paso Doble with partner Maksim Chmerkovskiy in Week 4. Gilbert suffered a mild concussion & was rushed to the hospital.

While Melissa Gilbert was 4, she began acting career as a child actress through TV series The Dean Martin Comedy Hour (1968). It followed her brief appearance in the movie The Reluctant Astronaut (1967) and in TV series: Gunsmoke (1972), Emergency (1972) & Tenafly (1973).

In 1974, the Los Angeles native got her career breakthrough from western historical drama series Little House on the Prairie; she would appear in the series throughout 1983, totaling 191 episodes. The TV series starred starring Michael Landon, Karen Grassle, Greenbush, Richard Bull, among others.

Moreover, the American actress served as the 26th President of the Screen Actors Guild from October 15, 2001 to February 22, 2005.

Gilbert ran for U.S. Congress as a Democrat in Michigan’s 8th congressional district in 2016 & even more won in primary. Amid the campaign, the opponent’s spokesperson referred to Gilbert as “tax cheat” due to her due payment to IRS.

Later, Melissa dropped out of the campaign due to complications of already sustained 2012’s injuries in head and neck, while competing at Dancing With The Stars.

According to Celebrity Net Worth, Melissa Gilbert has a net worth of $800,000 as of May 2022. The major source of her income is an acting career that earns her allegedly in the 6-digit figure.

Moreover, she gathered additional income through her books: Daisy and Josephine; and My Prairie Cookbook: Memories and Frontier Food from My Little House to Yours.