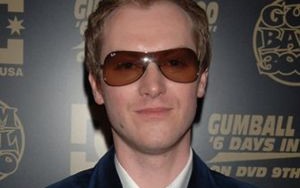 Maximillion Cooper is an English former-race-car driver, former model, fashion designer, and entrepreneur. He is the founder and the CEO of the global lifestyle brand, Gumball 3000.

Gumball 3000 hosts an annual 3,000-mile car race created in its namesake. The rally features prominent celebrities and affluent socialites from all over the world. The celebrity car rally has gone from an underground event to a pop culture phenomenon and lent to Maximillion’s standing as a multi-millionaire.

How Did Maximillion Cooper Make His Net Worth?

Maximillion Cooper got his start working as a model for such names as Giorgio Armani, Romeo Gigli, Joseph, Ralph Lauren, and Mulberry.

He sank whatever he was making with his modelling gig into learning to drive a race-car. He became proficient at it and became a professional racer. After realizing that he was not cut out for it, he stumbled upon an idea that would change his life.

In 1999, Maximillion rallied up his socialite friends to start a car race across Europe on their supercars, and thus, the Gumball 3000 was born. The 3000-mile car rally received significant press coverage due to celebrities like Kate Moss and Guy Ritchie being among the in-attendants.

YOU MAY LSO LIKE: Linda McMahon-WWE, Politician, Husband, Height, House, Age, Net Worth,

Thus spawned an annual extravaganza where each year was more decadent than the next. The event is gala that fuses music, fashion, entertainment, and racing together to create a celebration of epic proportions.

Still running 3000 miles, the drivers’ race across various locations and have pit-stops in high-end clubs and destinations where they hold parties all night, just to resume racing when they sober up.

Nowadays, the event has become a global phenomenon with people arriving from as far as Tokyo and Beijing to participate. The price of admission can run as high as $100,000, and people must bring their own cars, and nothing less than a supercar will suffice.

The racing event was so successful that Max had the sway and the funds to start a high-end apparel brand in its namesake. The clothes are inspired by motorsport and previous Gumball 3000 races. A success venture, Gumball 3000 (the clothing line) has collaborated with brands like Puma, Adidas and Nixon.

Max still owns 100-percent of the stakes in his company, a company that was valued at $300 million by Forbes in 2018.

The name itself, Gumball 3000, is a pop-culture phenomenon, and there have been movies, TV shows, and documentaries that chronicle the event that started it all.

Despite leading a lifestyle that is seemingly filled with excess and decadence, Max is a philanthropist at heart. He established the Gumball 3000 Foundation, a benefit drive to support underprivileged children in the UK.

An annual charity auction has also been held since 2013 with proceeds going to charity.

Maximillion Fife Alexander Cooper, known famously as Maximillion Cooper, was born on June 7, 1972, in Stone, Staffordshire, England. Born to Johnnie Cooper and Cyndy Cooper, his parents, being artists themselves, fostered that love on their child.

On June 14, 2014, it was announced that Maximillion Cooper had married the Grammy Award-winning rapper and actress, Eve. They met in 2009 when Eve attended the Gumball 3000 for the first time. Eve has not missed a single event since then, and she has since been dubbed “First Lady of Gumball”.

On December 25, 2013, Max popped the question while they were vacationing in Ibiza, Spain, and Eve said, “Yes!” and they got married six months later.

Prior to his marriage with Eve, Max was married to the actress, Julie Brangstrup. With Brangstrup, Max has four children, namely, daughters Lotus, Jagger and Mini, and son Cash.