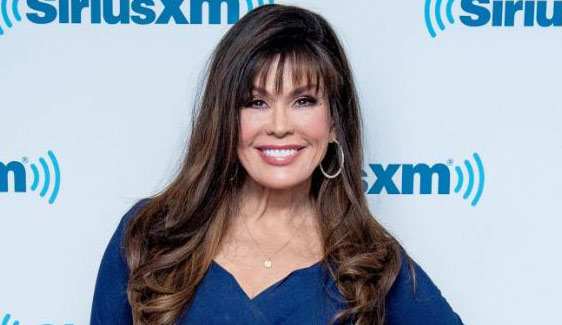 Olive Marie Osmond, who is famous as Marie Osmond, is a multi-talented personality who has established herself as an actress, singer, author as well as a social worker. She is also a member of the show business family, the Osmonds.

She received massive success as a solo country music artist during the 70s and 80s. Also, she’s famous for hosting television variety show Donny & Marie alongside her brother Donny Osmond from 1976-1979.

Born and Raised in Ogden, Utah

Marie Osmond was born as a Olive Marie Osmond on October 13, 1959, in Ogden, Utah, to George Virl Osmond and Olive May. She is the only daughter of her parents among eight kids. Her brothers are Jimmy Osmond, Merrill Osmond, Donny Osmond, Jay Osmond, Alan Osmond, Virl Osmond, Wayne Osmond, and Tom Osmond.

Expect her, all of her family members has a career in show business as they use to sing and perform on national television. She completed her schooling from American School.

The 63 years old, Marie Osmond has married thrice. Firstly she was married to a Brigham Young University basketball player, Stephen Lyle Craig. They shared a son on April 20, 1983; however, after two years they separated.

On October 28, 1986, she married for the second time with Brian Blosil at the Jordan River Temple in Utah. Together they welcomed two kids: Matthew Richard and Rachael Lauren and also adopted five kids:  Jessica Marie Blosil, Brandon Warren Blosil, Abigail Michelle Blosil, Brianna Patricia, Michael Bryan Blosil later on. However, they parted their ways in March 2007.

After the 26 years of separation with Stephen Lyle Craig, they again decided to give a chance to thier marriage and remarried on May 4, 2011. Their wedding took place in Las Vegas. Since then, the pair is going strong.

The actress has publicly discussed being abused several times when she was a child. She has also mentioned it on her book named Behind the Smile: My Journey Out of Postpartum Depression. However, she has never indicated the name of the abuser, but she has said that the abuser threatens her family and her as well.

How Much Is Her Net Worth? Career Journey!!!

Marie Osmond, who has involved in several field, has a estimated net worth of $20 million as of 2022 as per the celebrity net worth. On the other hand,  The Richest has claimed it to be $17 million.

She started her singing career after the debut album, Paper Roses in 1973. Following year, she released her second album named In My Little Corner of the World.  For her song titled Meet Me in Montana, she collaborated with the American musician Dan Seals in 1985.

In addition to this, she has also released the music videos such as Like a Hurricane, True Love, There’s No Stopping Your Heart, I Only Wanted You, Music is Medicine, and Then There’s You. Some of her hit singles are True Love, Raining Tears, Paper Roses, Baby You’re Crazy.

She has also hosted the show named Donny & Marie alongside her brother Donny Osmond from 1976-1979. In 1985, she hosted the TV program called Ripley’s Believe It or Not!