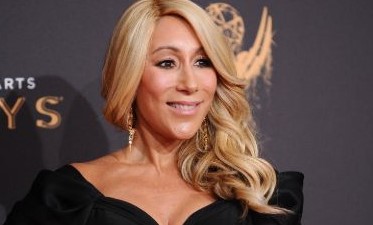 How Much Is The Net Worth Of Lori Greiner?

Lori Greiner is estimated to have a net worth of $150 million as of 2021. She gathers her fortune from her successful TV career and businesses.   According to a verified source, Greiner makes an average salary of $5 million per year. Most of her wealth comes from her impressive career in entrepreneurship and investing.

Who Is Lori Greiner? Career Highlights

Lori Greiner is known as the Queen of QVC in the American business reality TV series Shark Tank.

As per Entertainment Tonight, Greiner earned the title after debuting her jewelry and cosmetic organizers on QVC with extraordinary results, making $1.2 million revenue the very first year.

Greiner has invested in some of the Shark Tanks’ most successful businesses, including Scrub Daddy, Bantam Bagels, Drop-Stop, Simply Fit Board, Screenmend, and Squatty Potty.

As of 2020, she owns over 120 U.S. and international patents and 700 products in her portfolio, making her one of the top self-made millionaires and one of the most prolific inventors of retail products.

Being an inventor, she invented products now being used in the kitchen, traveling equipment, and mobile devices under her company, For Your Ease Only, Inc.

The Queen of QVC, Lori Greiner, has authored a book named Invent It, Sell It, Bank It! – Make Your Million Dollar Idea into a Reality. Reportedly, the 2014 published novel is the inspiration for new entrepreneurs.

Inventor turned investor has invested in several businesses. In an interview with CNBC, Greiner claimed her best investment to date was in Scrub Daddy. In 2012, she invested around $200 thousand for a 25% stake in the company, and years later, the Shark Tank’s most successful investment is earning more than $50 million in sales per year.

According to Forbes, in 2016, the business tycoon invested over $10.6 million. The source revealed that $7.6 million was the solo investment and $3 million in the group.

Some of her notable investments include Wine Balloon, Show No, Bambooee, and many others.

Lori Greiner also boosts her net worth from her own show on the QVC-TV, Clever & Unique Creations by Lori Greiner, for more than 16 years.

She also stars on the ABC’s hit show Shark Tank.

You may also like : Ant McPartlin To Pay £31 Million To Lisa Armstrong In Divorce Settlement

Lori Greiner: The ‘Shark’ With A Heart

Lori Greiner is well known for her involvement in several charity works and campaigns.

According to the Entrepreneur, she partnered with them. She raised more than $126 thousand for supporting causes like the Trevor Project, the Chicago Polic Memorial Foundation, CASA for Children, and Kind Project, to name a few.

Greiner owns two houses first one in Exton, Pennsylvania, and another in Chicago, Illinois. Her house collection is valued at over $1.5 million.

Coming to her car collection, Greiner owns a 2010 Mercedes SLS AMG worth around $200 thousand.

Lori Greiner was born on 9 December 1969 and is 50 years old as of early 2020. Born in Chicago, Illinois, the United States, she holds an American nationality and belongs to the Caucasian ethnic background.

Who is Lori Greiner’s husband?

She is married to Dan Greiner. The couple exchanged their marital vows in 2010 in an intimate wedding ceremony.

Her husband, Dan, serves as the CFO of For Your Ease Only, Inc.