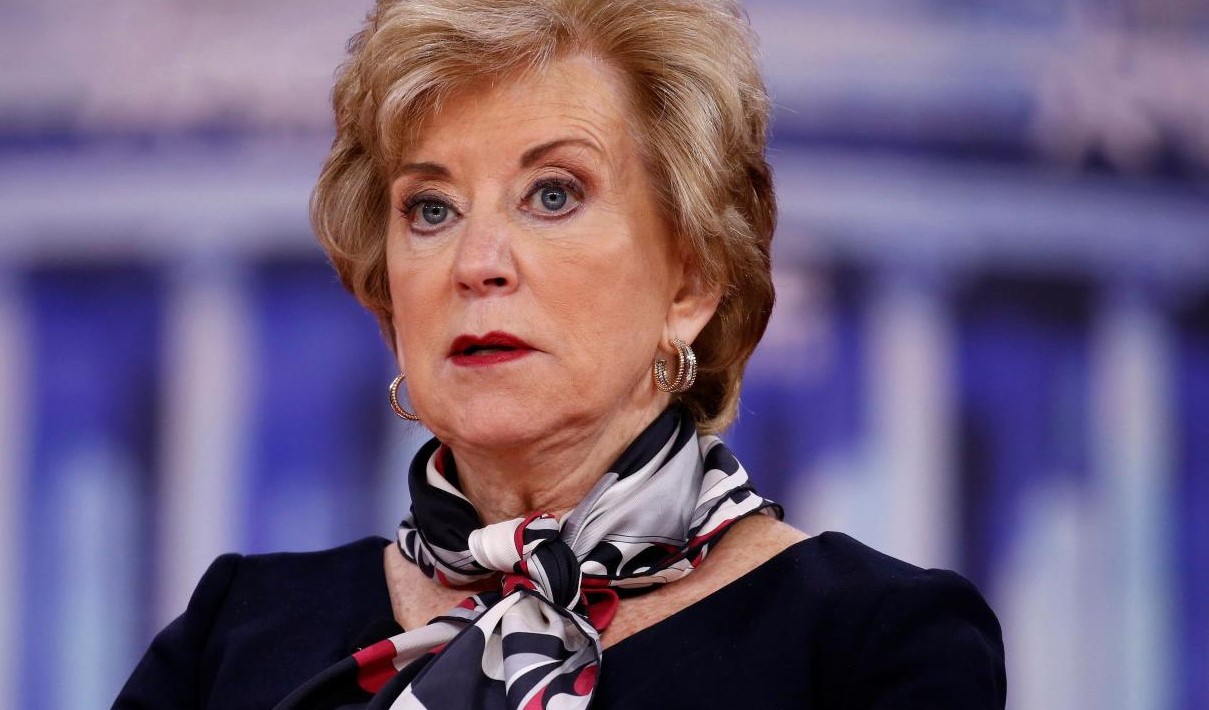 Linda McMahon is a politician and former WWE executive who is best known for as the matriarch of the McMahon family and the wife of WWE founder Vince McMahon. She is also a part of POTUS Donald Trump’s re-election campaign.

Formerly, she was the Administrator of the Small Business Administration in the Trump administration. In addition to this, she is also the chairwoman of America First Action, who receive contributions from people for political campaigns.

What Is The Net Worth Of Linda McMahon?

Linda McMahon has a whopping net worth of around $500 million as of March 2020. She owes most of her fortune to her work with her husband McMahon to build the WWE empire.

She is also especially known for the merchandising and product sales of WWE. She also holds a stake in WWE, which contributes to her huge fortune.

As one of the people responsible for building a wrestling business empire, she earns a lot of money from her various endeavours. She and Vince own 39,722,641 shares in the company, and according to various online sources, the WWE pays $0.12 dividend on each share per quarter.

As one of the richest couples in America, the McMahons own a lot of expensive properties. They live in a Greenwich, Connecticut, USA mansion that set them back around $25 million. The property has been named Conyers Farm by Vince.

The property has a huge fountain and is surrounded by a huge piece of land full of trees and greenery. It was valued at $40 million several years later after they bought it. The house is located just a half-hour drive from their son-in-law Triple H’s home.

McMahon has a vacation home in Boca Raton, Florida, that they bought in $2 million. Vince and Linda also bought a $12 million property in Manhattan.

Linda was a corporate executive at the WWE since its earliest days when it was called Titan Sports, Inc. She was also called the “co-chief” by many of WWE’s employees. She has had a significant hand in making WWE the number one wrestling company in the world.

As of March 2020, WWE has monopolized the industry as a whole, but in the 1980s, when Linda and Vince were just starting out, there was a lot of competition. They found it especially hard to compete with WCW.

She is also responsible for the revolutionary merchandise sales techniques of the WWE. She helped the company and its merchandise become popular among children. In fact, a substantial bulk of the $322 million gross profit reported by WWE in 2019 comes from merchandise sales.

Similarly, according to Forbes, the company earned 50.2 million in consumer product revenue in the second quarter of 2018.

The couple also donated $8 million in 2008 to the Fishburne Military School, Sacred Heart University, and East Carolina University. Later, in 2006 they gave $2.5 million to construct a tennis facility.

She has said that she was her father’s son and mother’s daughter, which made it easier when asked about her what it felt like to be a CEO in a predominantly male business. She also grew up like a “tomboy,”.

She met her husband-to-be, Vince McMahon, at the age of 13, and they grew closer over time. They tied the knot on August 26, 1966, after she graduated from high school.

They have two children together, Shane McMahon was born on January 15, 1970, and Stephanie McMahon on September 24, 1976.