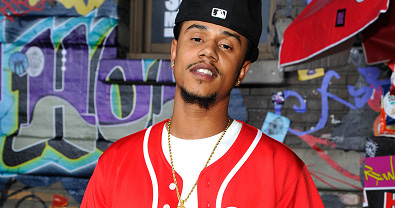 In 2019, he alongside then on-off girlfriend Tiffany Campbell was cast in Season 14 of Marriage Boot Camp: Reality Stars 12- Hip Hop Edition.

Professional since 1998, the American rapper’s career extension in music as well as reality shows & movies, has grabbed him a hefty fortune.

According to Celebrity Net Worth, Lil’ Fizz has a net worth of $2 million as of April 2020. The primary source of his income is rap career & massive thanks to his stint in American boy band B2K (1998- 2004).

Moreover, Fizz made a considerable sum of money through reality series appearances;he was the main cast in Love & Hip Hop: Hollywood from 2014 to 2016 & was in a supporting role in 2017- 2018.

In 2019, the rapper again appeared as the main cast in Love & Hip Hop franchise (in Season 6).

Even though, Lil’ Fizz is yet to disclose his payroll from the show; he earns in the 6-digit figure annually for sure.

The New Orleans, Louisiana-born rapper began his career through the LA-based boy band B2K (Boys of the New Millennium) in 1998. Including Fizz, the band consisted of Omarion, Raz B and J-Boog.

Until their first departure in 2004, the band released 2 studio albums, 2 compilation albums & 11 singles- some of the famous songs include Uh Huh, Got Ta Be, What a Girl Wants and Bump, Bump, Bump.

Throughout 14 years hiatus before B2K reunion, Lil’ Fizz went on his own venture in music; his debut EP Payday released on July 17, 2007.

In 2004, Lil’ Fizz worked in the comedy-drama film You Got Served starring Marques Houston, and Omari Grandberry.

The film made on the budget of $8 million collected $50.6 million in the box office.

From 2005 to 2007, the rapper appeared as Taye in the sitcom The War at Home featuring Michael Rapaport, Anita Barone and Rami Malek.

The series has starred many music figures like Teairra Marí, Keyshia Cole & Yo-Yo.

According to Influencer Marketing Hub, the rapper’s promotional deal made through Instagram can earn him $2,919 – $4,865 per sponsored post.

Father Of One: Where Doe He Live & Relationship Status?

Fizz welcomed son Kamron on January 8, 2010, with his then-girlfriend Moniece Slaughter. Thereafter, he had an on-off relationship with Tiffany Campbell.

In 2019, the rapper began dating Apryl Jones, the ex-fiancee of his B2K bandmate Omarion. Fizz and Jones later called quits to their relationship in early 2020.

Did you know? Following his break-up with girlfriend Apryl Jones, Lil’ Fizz went on an Instagram deleting spree in March 2019, & even more, deleted posts of his son Kamron.

Lil’ Fizz was born on November 26, 1985, in New Orleans, Louisiana, the USA. His real name is Dreux Pierre Frederic.

He has an older sister Brooke (from mother’s side) & an older brother Chez (from father’s side).