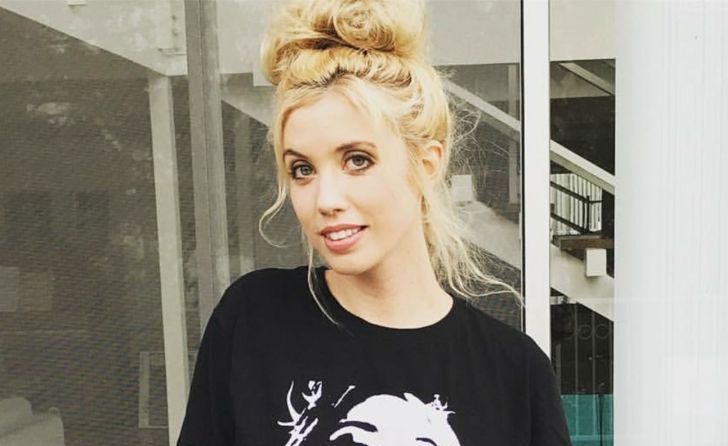 While numerous vine stars & comedians use Instagram & YouTube as their platform, Laura Clery, an American actress-turned-comedian earned spotlight through comedy skits on Facebook. Clery made a notable comedy gig through Russell Simmons’s ADD Network, where she was a writer & producer.

Laura Clery was bornon July 22, 1986, in Downers Grove, Illinois; she is an American by nationality & belongs to white ethnicity. At the age of 17, Clery moved to Los Angeles from Chicago with her older sister & currently resides there.

How Clery Got Inspiration To Use Facebook Platform For Comedy Skits?

In an interview with Media Kix at VidCon 2017, Laura opened up about her struggles & transition from acting to comedy skits. After moving to LA to pursue acting, (then) 17-year-old personality would work in commercials & sitcoms; she reportedly was a full-time actress.

However, the auditioning troubles inspired her to create her own content- in fact, as per her interview, a role which she thought she had was given to Brooklyn Decker, which she states:

“It was at that point that I decided to create my own content. I’m gonna make it happen. I have no control over my career and I’m going crazy.”

Later, Laura began to work for Russell Simmons‘ ADD Network as writer & producer of comedy shorts; even more, she did a YouTube series for him. Moreover, at one point, she was hired to create content for Kevin Hart‘s LOL Network.

Then, Clery took stand for her independent career & began posting short comedy skits on Facebook, instead of Instagram & YouTube- which she states were general as well as a highly competitive platform.

According to Laura herself, she had to boost her videos for followers initially & meanwhile, she has organic followers. Back in 2016, Clery’s followers on Facebook (@laura.clery) were only 300,000 that rose to 3 million followers in 2017.

Laura Clery has a self-titled YouTube channel created on July 11, 2009; it has over 524K subscribers & a total of 78.191 million views. In the midst of the CODIV-19 pandemic, Clery has posted the video of quarantine workout videos & quarantine birthday of her baby.

Shares A Son With Musician Husband

Laura enjoys a blissful married life with her husband Stephen Hilton, an English composer, and music producer. They met at a party & later began dating in August 2011.

Thereafter, in 2012, Clery exchanged vows with Stephen & is together ever since. Stephen often appears on Laura’s videos: Help Helen Smash and Me Trying To Flirt.

On November 15, 2018, the couple announced their pregnancy via YouTube & welcomed son Alfred Sound Hilton on April 20, 2019.

The family of 3 lives in Los Angeles, California.

36-year-old Clery has a estimated net worth of $3 million as of October 2022; the major source of her income is YouTube & earnings from comedy skits.

As per the Social Blade, her YouTube channel LAURA CLERY can earn her $8.2K – $130.4K per year.  Moreover, she can sum up a hefty sum through product endorsements- she promoted products like Avocadomilk and Boibs (family wear) on Instagram.