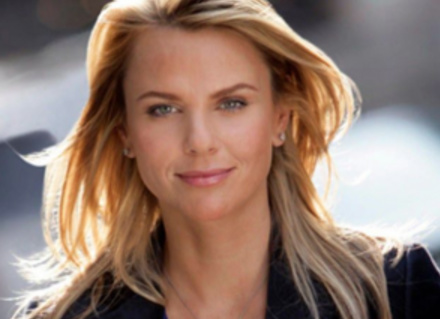 Lara Logan is a South African television and radio journalist best known for serving as a correspondent for CBS News from 2002 to 2018.

Logan, who was previously married to Jason Siemon, has been married to Joseph Burkett with who she shares two children.

Logan is 49 years old and she stands at a height of 5 feet 6 inches. She is of African nationality and belongs to Afro-American ethnicity.

Logan completed his high school studies at Durban Girls’ College. She later attended the University of Natal in Durban where she graduated with a degree in commerce in 1992. She later earned a diploma in French language and history at Alliance Française in Paris.

Lara Logan has married twice in her life. She first tied the knot with Jason Siemon in 1998 and after being in a marital relationship for a decade, the two got a divorce in 2008.

Despite their 10-year long marital relationship, Logan and Siemon, who is an Iowan-based professional basketball player, never welcomed a child.

In the same year of her divorce finalization with Siemon, she walked down the aisle with a U.S. government defense contractor, Joseph Burkett.

Burkett is the father of one more daughter from a previous marriage. The happy family currently resides in Washington, D.C.

Whopping Net Worth of $6 Million

Lara Logan has earned a decent amount of money from her television and radio journalism. She served as a correspondent for CBS News from 2002 to 2018. As for now, Logan currently works for the Sinclair Broadcast Group since 2019.

According to the Celebrity Net Worth website, the journalist, 49, has a whopping net worth of $6 million, as of 2020.

As for her salary, according to the website, Logan earns $2 million per year. She lives in a luxurious house in Washington, D.C.