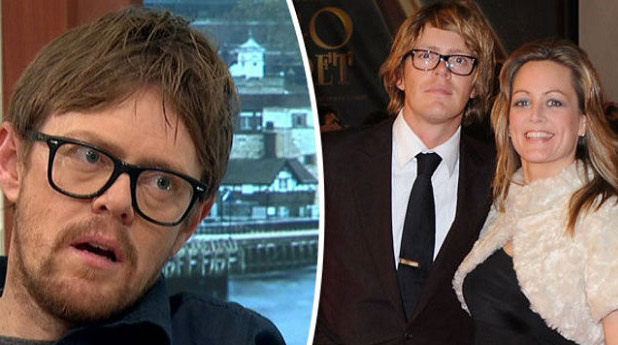 Digging into his personal life, the actor is a married man. So, how is his married life with his wife going on? What about the pair’s children?

Kris’s wife is Hannah Dodkins. The duo first started dating in early 2010. The pair did not wait long to take their relationship to the next level. Soon, after dating for only a few months, Kris popped out the question in November 2011.

In the following year, on 4th February, the pair tied the knot in a very secretive wedding ceremony held at the Swan Hotel near Wells Cathedral. Do you know, they exchanged the wedding vows at the snowy evening?

Kris Marshall and Hannah tied the knot in such a secretive ceremony that the hotel’s other guests might not have noticed if there is any wedding going on. Only 30 people got a chance to attend their special day.

Opening up about their small-private wedding ceremony, Alyson Gough said:

It was a small and intimate ceremony in the garden room- which is away from the rest of the hotel.

As of now, Kris and Hannah enjoy eight years of long marital life without any extra-marital affairs and controversies. They are happy together keeping everything away from the media. The duo now resides in Bath, England. They previously lived in the Long Barton area of Wells.

Talking about Kris’s children, He has welcomed two kids with his wife. The name of his children is son Thomas Marshall and daughter Elsie Marshall.

The 49 years old actor started his professional acting career in 1993, but he came into the spotlight for appearing in the role of Nick Harper in television series, My Family.

Kris Marshall has appeared in numerous movies and television series like Dead Babies, Iris, Doctor Zhivago, Love Actually, My Life In Film, Death at a Funeral, Sold, Lightfields, Ambulance, Better Things, Royal Affairs, A Few Less Men, Trick or Treat, and so on.

His theatre works include in Fat Pig, Glengarry Glen Ross, The Hypochondriac, Treats, The Revenger’s Tragedy, Ugly Lies the Bone, and so on.

As of 2022, Kris Marshall’s net worth is reported to be around $2 million, whereas he earns $100 thousand per annum.