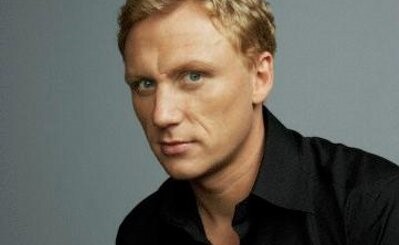 Kevin McKidd, a British-American TV actor, is widely acclaimed for his role as Owen Hunt in the medical drama TV series Grey’s Anatomy (2008- Present). Professional since 1996, the 2011 Prism Award winner records 59 acting credits so far, which indeed is the main source of his income.

Aside from TV career, McKidd also gained success in film venture too; he earned BAFTA Scotland for the film 16 Years of Alcohol (2003) & voiced Lord MacGuffin/Young MacGuffin in the box-office hit animation film Brave (2012).

With stint of over 2 decades in the acting industry, McKidd accumulates net worth of $2 million as of March 2020, according to Celebrity Net Worth.

All thanks to Kevin’s on-screen debut through 1996 film Trainspotting & most notably, his career breakthrough from ABC medical drama Grey’s Anatomy in 2008 (Season 5), starring alongside Ellen Pompeo, Sandra Oh, Justin Chambers, among others.

Even if the 46-year-old actor is yet to open up about his payroll, as one of the main cast in that series, McKidd gets hands on the 7-digit figure yearly.

As for a fact, Ellen Pompeo is considered the richest cast in Grey’s Anatomy, with a fortune of $70 million currently.

With an appearance in Rome (2005- 2007, 20 episodes), a British-American-Italian historical drama series, Kevin landed in the main role as Dr. Owen Hunt in the ABC medical drama series Grey’s Anatomy in 2008 (Season 5).

Ever since, the actor works in the TV series & even more, has won a Prism Award (in 2011) from 2 nominations.

McKidd’s film 16 Years of Alcohol (2003) received positive critics, despite not being a commercial hit & earned him a nomination for British Independent Film Award Best Actor.

Since appearing in the 2017 romantic-drama film Tulip Fever, no update on the actor’s movie appearance is out.

How Did His Career Begin?

In the early 90s, Kevin got stints in the theater after joining Bedlam Theatre, Edinburgh University‘s student theatre company & by 1996, made an on-screen debut in the film Trainspotting & also made an appearance in the film Small Faces & in TV series Father Ted laterthat year.

The Grey’s Anatomy actor divides his time in residences across California; all worth millions of dollars.

Also, in May 2018, along with his second wife Arielle Goldrath, McKidd bought a 2-story home with 5 bedrooms and 6 bathrooms in Sherman Oaks for $2.925 million.

Reportedly, in 2017, the actor paid $2.55 million for a secluded property above Malibu, which also has a swimming pool.

Moreover, his other property holdings include 2 houses in Hollywood Hills; for the larger one, Kevin paid $4.5 million in 2005, while the purchase detail of smaller one is yet to be out, though, was reportedly kept for rent (in 2017) asking $7,500 per month.

Formerly, Kevin McKidd had ownership of a single-story (2 bedrooms and 2 bathrooms) house in Hollywood Hills. The LA Times report that he sold the property for $1.807 million in February 2020.

Did you know? Kevin deeded a house in Fryman Canyon & an ocean-view contemporary in Malibu to ex-wife (first wife) Jane Parker as a part of their divorce settlement.

As a part of their divorce settlement, McKidd was ordered to pay Jane, spousal support of $65,096 per month & $22,440-a-month in child support (shares joint custody of children).

Even if the settlement has the provision to cease child support after Kevin’s children turns 18, he still was liable to pay $12,147 per month to Parker for 4 more years further years.

Moreover, if the actor’s yearly income exceeds $3 million, then 20% of the earnings will be awarded to Jane Parker.

Father Of 2 Children With Second Wife

From 2 marriages, Kevin McKidd is father to 4 children; each son & a daughter with each of the wives.

After 3 months of his divorce finalization with first wife Jane, Kevin McKidd married again; he exchanged vows with second wife Arielle Goldrath, a chef on March 2, 2018.

Kevin McKidd was born on August 9, 1973, in Elgin, Moray, Scotland, the UK, to Neil McKidd, a plumber, and Kathleen, a secretary.

The attendant of Seafield Primary School and Elgin Academy, Kevin enrolled at the University of Edinburgh, but later went to Edinburgh’s Queen Margaret College where he studied drama.

Before acting career, Kevin at the age of 17 worked in Speyside-based Macallan distillery.