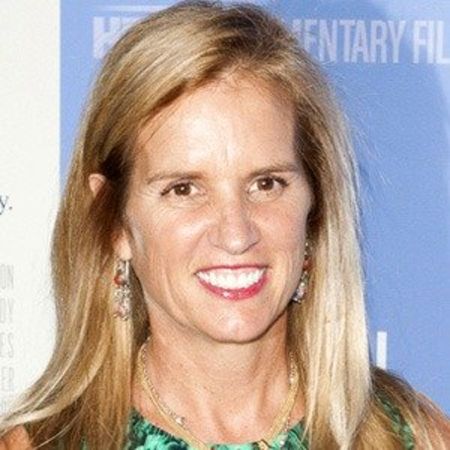 Kerry Kennedy is an American writer and human rights activist best known for being the ex-wife of current New York Governor Andrew Cuomo. She currently serves as the president of Robert F. Kennedy Human Rights. At the age of 3 in 1963, she appeared in the Robert Drew documentary Crisis: Behind a Presidential Commitment.

Kerry Kennedy was born as Mary Kerry Kennedy on September 8, 1959, in Washington, D.C., the United States of America, to parents Robert F. Kennedy and Ethel Skakel. Her father was assassinated in 1968.

Her father was the chief counsel of the Senate Rackets Committee and he had resigned from the post three days after her birth. She has ten siblings; three sisters and seven brothers, and She is the seventh child and the third daughter of her parents.

Kennedy is the niece of President John F. Kennedy and Senator Ted Kennedy. She first graduated from The Putney School and Brown University. She later studied at Boston College Law School.

Marriage and Divorce With Andrew Cuomo

Kerry Kennedy got married to Andrew Cuomo in the Cathedral of St. Matthew the Apostle in Washington, DC. She was 30 years old at the time.

Unfortunately, the two got a divorce in 2005. They welcomed three daughters; Ethel Kennedy-Cuomo, Mariah Matilda Kennedy-Cuomo and Michaela Andrea Kennedy-Cuom, during their 15-year marriage.

Who is Andrew Cuomo?

Andrew Cuomo is the son of renowned American politicians Mario Cuomo and Matilda Cuomo. All of his siblings including sister Madeline Cuomo are politicians.

He previously served as a United States Secretary of Housing and Urban Development from 1997 to 2001 and as a New York State Attorney General from 2007 to 2010).

Cuomo has currently been serving as the governor of New York since 2011.

Following his divorce with Kerry Kennedy, Andrew started a romantic relationship with Food Network host Sandra Lee in 2005. The couple dated for 14 years before calling it quits in September 2019.

Whopping Net Worth of $10 Million

As of 2022, Kerry Kennedy is currently 63 years old and throughout her political career, she has earned a substantial amount of money.

According to Celebrity Net Worth, Kerry has a whopping net worth of $10 million, as of 2022.

While in a marital relationship with Andrew, the two had a luxurious house in Queens but after the divorce, the house was sold for $2.4 million, according to Page Six.