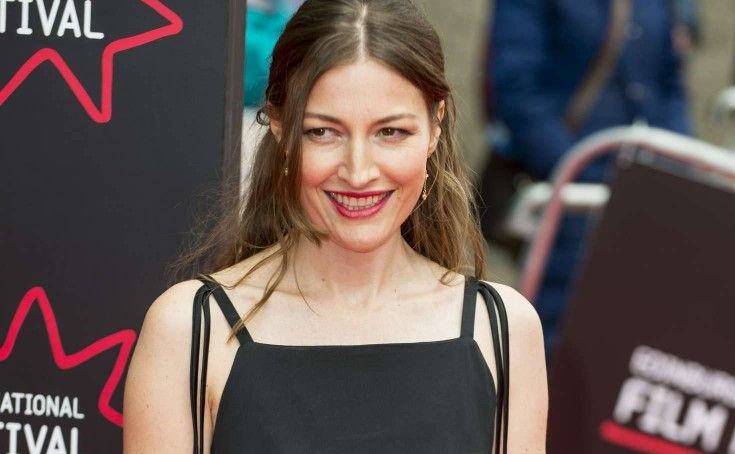 Emmy Award-winner, Kelly Macdonald is a Scottish actress widely known for her role as Margaret Thompson in the HBO series Boardwalk Empire.

Macdonald is also popular as Gina from The Girl in the Café for which she was nominated for a Golden Globe and won the Emmy Award for Outstanding Supporting Actress in a Miniseries or Movie. Some of her notable credits are Trainspotting, Nanny McPhee, Harry Potter and the Deathly Hallow – Part 2, and Intermission.

How Much Is Kelly Macdonald’s Net Worth?

According to Celebrity Net Worth, Kelly Macdonald is worth $10 million as of 2019. Thanks to her successful acting career of 23 years.

Macdonald began her journey as a barmaid in Glasgow. She went for the audition for an open casting session for Trainspotting after she saw a leaflet ad. Kelly eventually won the role of Diane and appeared alongside Ewan McGregor, Ewen Bremner, and Kevin McKidd.

Kelly made her breakthrough in 2005 from a British made-for-television drama film The Girl in the Café. She played Gina opposite Bill Nighy for which she won the Primetime Emmy Award for Outstanding Supporting Actress in a Miniseries or a Movie and a nomination for the Golden Globe Award for Best Actress – Miniseries or Television Film in 2006.

On 3rd November 2016, she was featured in the trailer for Danny Boyle’s T2 Trainspotting and confirmed that she would reprise her role as Diane in the film. The following year, Kelly co-starred alongside Benedict Cumberbatch and Stephen Campbell in the BBC film The Child in Time.

Similarly, some of her TV shows credits are Brush with Fate, State of Play, Alias, Black Mirror, and The Victim.

Did Kelly Sell Her Manhattan Apartment?

The 43-year-old actress purchased a 2-bedroom apartment with her husband Dougie Payne for £1.5 million, which is USD 1.936 million.

As per sources, the couple currently resides in a Victorian villa in Glasgow’s West End, where the median house price ranges around £196616, which is $253,736.

Kelly Macdonald was born on 23rd February 1976 in Glasgow, Scotland, to Archibald Macdonald and Patricia Kelly. She is of Scottish nationality and comes from white-Caucasian descent.

Macdonald moved to Aberdeen when she was five years old. She enrolled at Eastwood High School in 1987 and graduated in 1993.

Kelly tied the knot with her then-husband Dougie Payne on 27th August 2003. Payne is a bassist of soft rock band Travis.

Together they share two children: Freddie Peter Payne (b. on 9th March 2008) and Theodore William Payne (b. on 8th December 2012). The couple, sadly, separated in 2017 after 14 years of marriage and filed for the divorce.

Besides her profession, Kelly is also involved in several philanthropic works. She collaborated with fundraiser Jenny Cook and raised £16,000, which is $20,642 for Glasgow’s Yorkhill children’s hospital since they helped her fight ulcerative colitis.