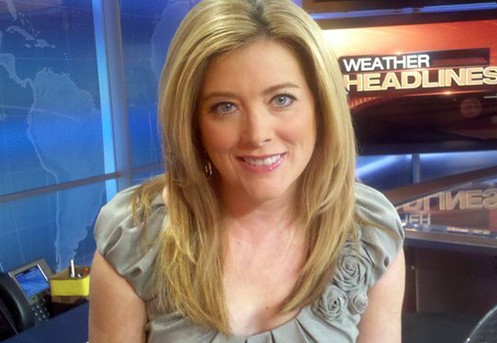 Kelly Cass is one of the popular on-air personalities. Sources suggest that Cass owns a net worth of $0.8 million in 2020.  Cass currently serves as a meteorologist at The Weather Channel, and her annual salary ranges from $31k – $76k.

It’s been nearly two-decade that Kelly Cass is worked as a meteorologist at The Weather Channel. She initiated her journalism career as an associate producer at WRNN (now known as WTZA-TV), an independent station in Kingston, NY. Cass later bumped up to the morning weekday weather forecaster for the network.

Kelly held the position for seven years before making her way to The Weather Channel in early Jan of 2000. She currently appears on AMHQ Weekends every Saturday and Sunday morning from 5-9 a.m. Among her special reports for the channel, Cass has covered the story of a flight in an F-A 18 jet of the Blue Angels unit of the U.S. Navy.

Kelly Cass currently lives in her Atlanta, Georgia house. Despite being an on-air personality, Cass has clandestine the financial detail of her mansion. But, sources report that the median price of a house in the city is around $184,900.

Kelly Cass was born on 27th November 1973, in Poughkeepsie, New York, the United States of America. She holds an American nationality, and as far as her ethnicity is concerned, she is White. Cass was raised in Poughkeepsie, a city in Hudson Valley, along with her three siblings.

Talking about her scholastic career, Kelly is well-read. She took an Associate of Science program at the Dutchess Community College of the State University of New York and earned an A.S. in communication.

Furthermore, Kelly went on to enroll at Yonsei University in South Korea and obtained a degree in International Studies.

Kelly Cass is enjoying a blissful married life with her loving husband, Chris Bee. Her spouse, Bee, is the South East Area Sales Representative for Dennison Trailer, the trucking company.

The couple is also blessed with three children. The family of five currently resides in Atlanta with their shaggy sheepdog, Penny.

During her spare time, Kelly loves to go for hikes and bike rides with her family. She also prefers to go boating in the summer and snow skiing in the winter.