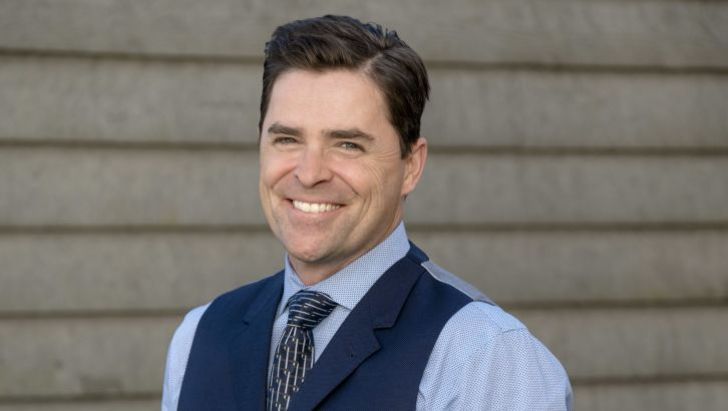 Since 2015, Kavan portrays Leland Coulter in the Canadian-American TV series When Calls the Heart. So far, he records 72 acting credits including TV series & films; has worked in only 3 big-screen films: Mission to Mars (2000), See Spot Run (2001), and Stark Raving Mad (2002).

Kavan Joel Smith was born on May 6, 1970 in Edmonton, Alberta, Canada. When Smith was around 5, his parents divorced; he & his brother lived with their father.  Reportedly, his mother’s name is June Hawk. After leaving the University of Calgary, Kava enrolled at Mount Royal University & studied arts program.

Breakthrough In The Mid-2000s & Film Debut

Having appeared in Godiva’s (2005- 2006), Smith got a breakthrough to success through recurring roles:

Currently, he stars as a regular cast Leland Coulter in the TV series When Calls the Heart (2015- Present) alongside Erin Krakow, Daniel Lissing, Lori Loughlin, and Pascale Hutton. The series premiered on January 11, 2014, & has completed 7 seasons (71 episodes).

As of October 2022, Smith records appearances in 8 Hallmark TV films; the first-ever was in Growing the Big One (2010). His works in other Hallmark films include:

Garage Sale Mystery: All That Glitters (2014)

Yes, Smith is a married man & enjoys a blissful relationship with his wife. However, the Canadian actor is cautious to reveal the identity of his spouse & further details on his wedding.

On May 4, 2011, Kavan made a Tweet & stated that he & his wife met while volunteering at a treatment center. Most often, Kavan mentions his wife on his Tweets.

Reportedly, the duo shares 2 children together, though, the detail remains under curtains.

Once, the When Calls the Heart actor was in a rumored relationship with his co-star Pascale Hutton. Indeed, their on-screen chemistry is undeniable but they are good friends in real life; they portray husband-wife in the TV series.

Professional for over 28 years, 52-year-old Kavan collects the majority of earnings through acting career. According to Celebrity Net Worth, he has a net worth of $800,000 as of October 2022.

Without a doubt, the Canadian actor earns the salary in the 6-digit figure, i.e, hundreds of thousand dollars. The average salary of an actor in Canada is $41,438 per year.